The Sqair is the world’s most cost-effective air purifier, with a CADR of 315cbm/hr, all packed into a sleek, modern design. Never before has clean air looked so good.

The Sqair Chemical Warfare comes with an additional carbon filter (next to the HEPA) which filters harmful VOCs, odours, and smoke.

HEPA filter air purifiers like Smart Air's have been shown to filter out COVID-19 viruses, and lower transmission. See the data and learn how to protect yourself now.

From the British designed fan and motor to the French-designed exterior, The Sqair has been designed from the ground up to fit just right in your home. Simple, elegant and unobtrusive. Just what you want your air purifier to be. 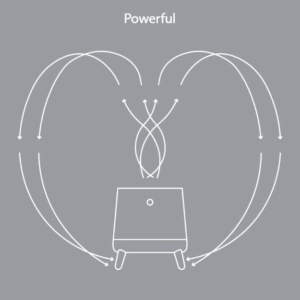 With a CADR of 315m³/hr, this powerful room purifier cleans rooms up to 430ft² / 40m², and can clean an average-sized bedroom in just 10 minutes. The unique design allows for 360° air circulation, while taking up less space than a bedside lamp.

On the lowest setting The Sqair puts out enough clean air to clean a 160ft² / 15m² room, but sounds quieter than a whisper. At 23dB, you’ll sleep easy with cleaner air at your bedside. 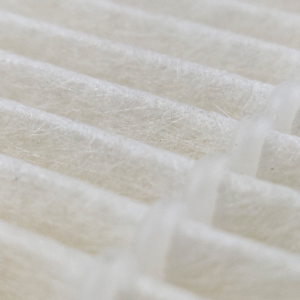 We analyzed the performance of over 30 different filter types before selecting the filter used in The Sqair. With over 10,000 hours of test data under our belt, we chose a filter that maximizes performance and lifespan. 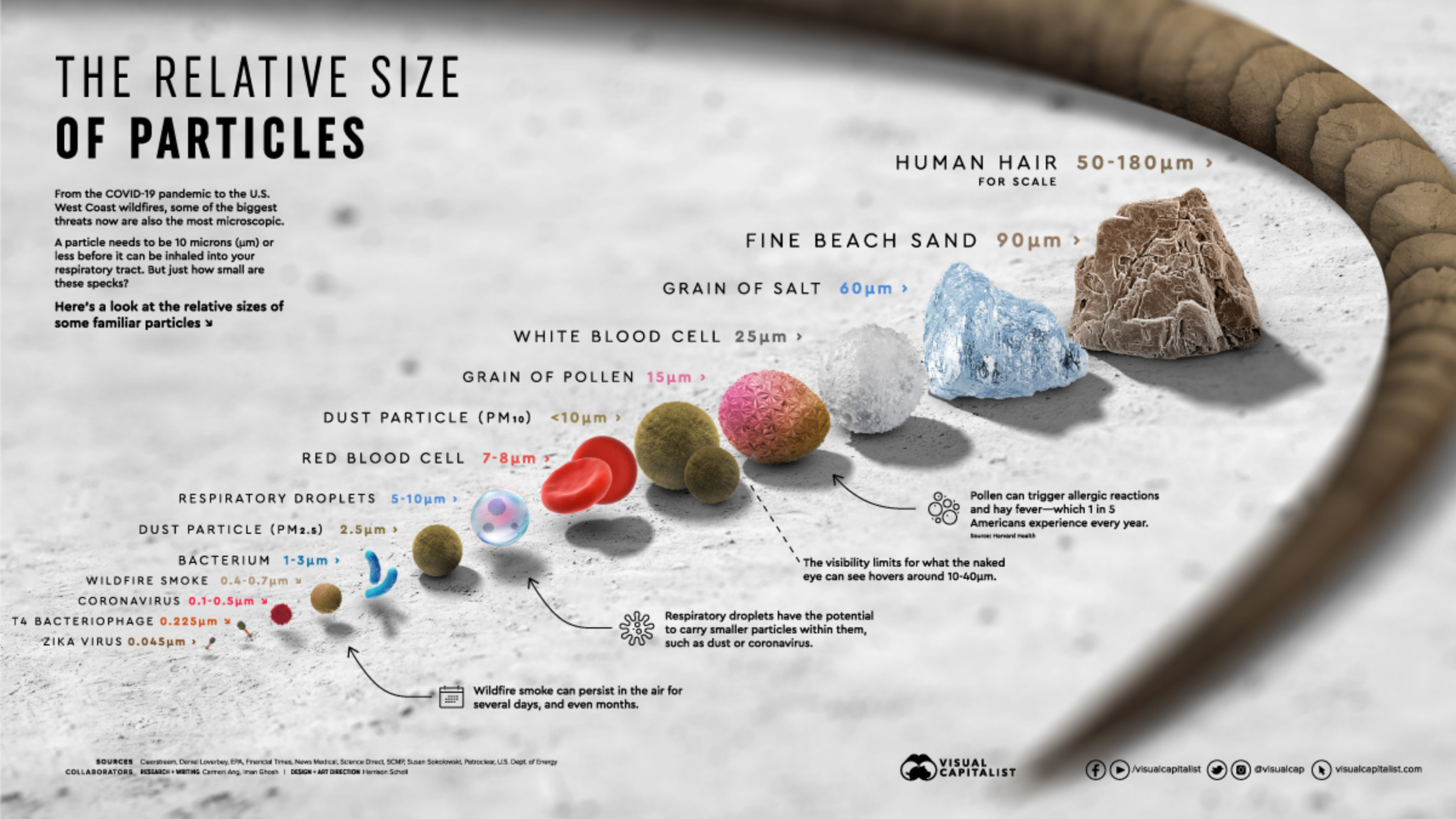 How The Sqair Cleans Your Air

The Sqair’s HEPA filter captures mold, viruses, bacteria, PM2.5, and pollen exceptionally well. It captures nano particles too, including the coronavirus. If you suffer from allergies or asthma, an effective air purifier is all the more important. Breathe easier with cleaner air in your home. 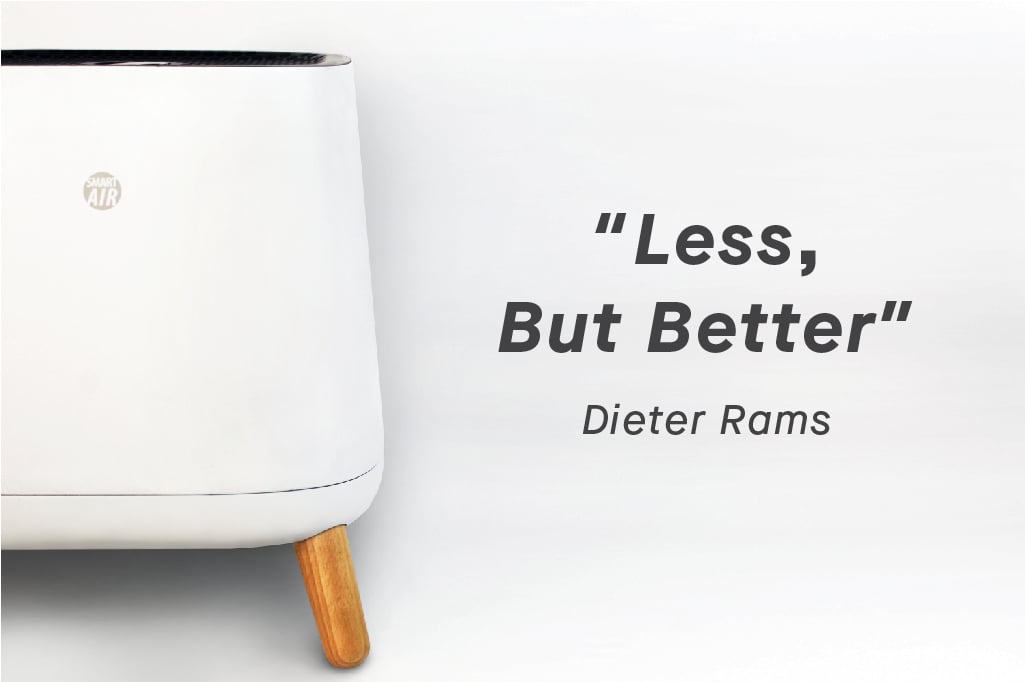 We built on Dieter Rams’ (creator, designer, father of the iPhone design) philosophy of Less, But Better to create The Sqair. The simpler the design, the better it will fit into your space. Would one more app on your phone make your life better? We’re sick of all the complication. The Sqair just works. No need for apps or blinking lights – just turn the dial and breathe. 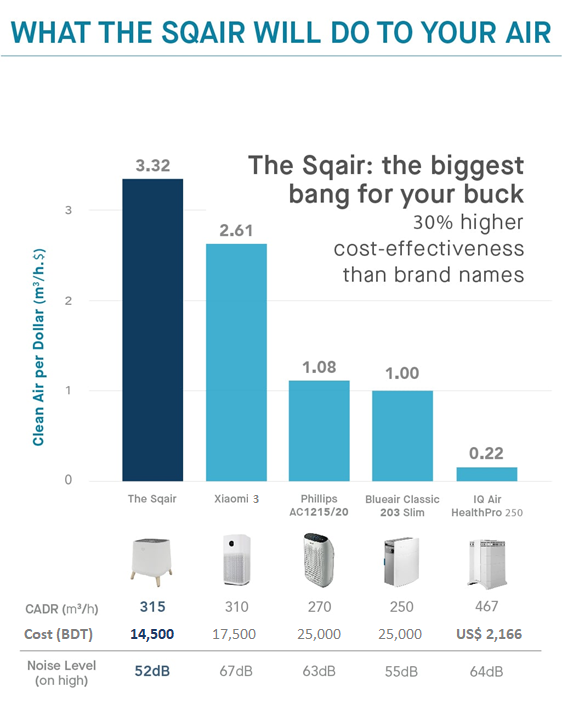 The Sqair gives you the most clean air per Taka of any purifier in the world, and it’s quieter too. On high speed, The Sqair sounds like soft rainfall. It’s up to 13 decibels quieter than the hugely popular Xiaomi purifier, yet provides more clean air and costs less.

Quieter than all major purifiers

What pollutants does The Sqair Chemical Warfare pack capture? 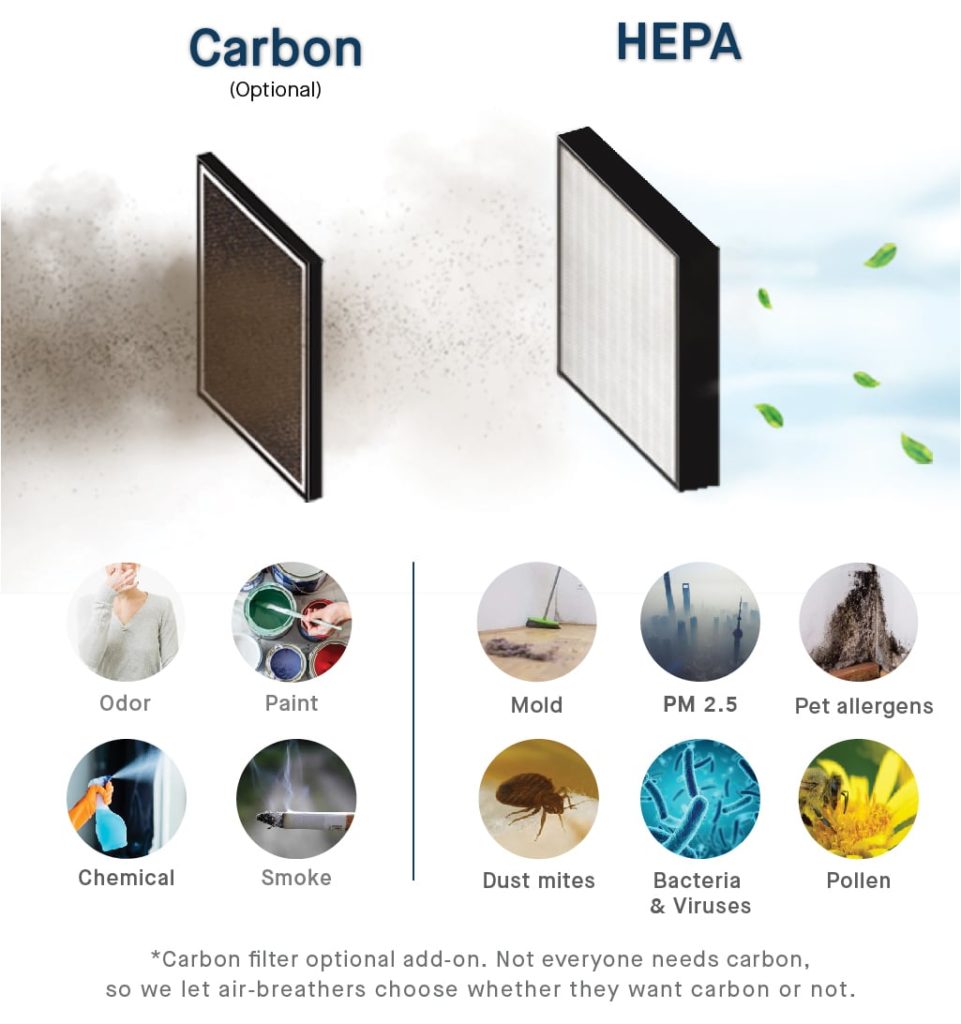 Don’t need to filter chemicals? Check out The Sqair with HEPA filter only » 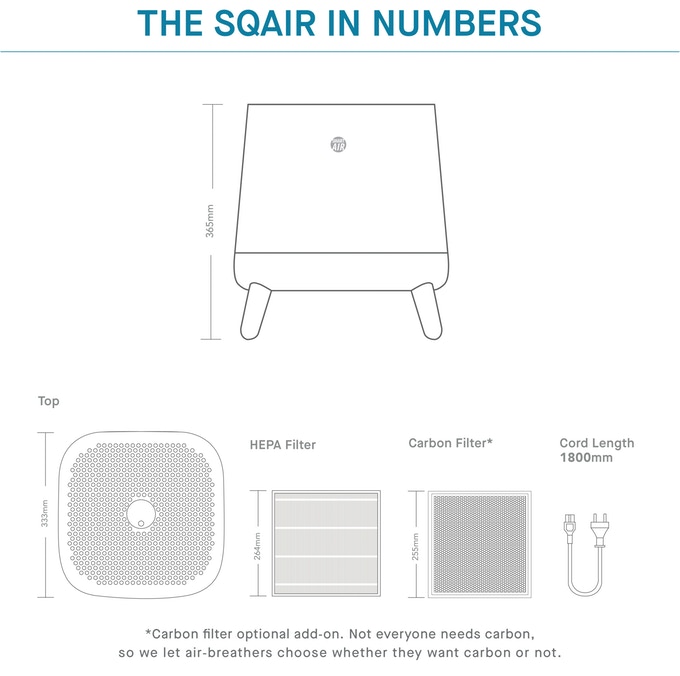 7 reviews for The Sqair – Chemical Warfare