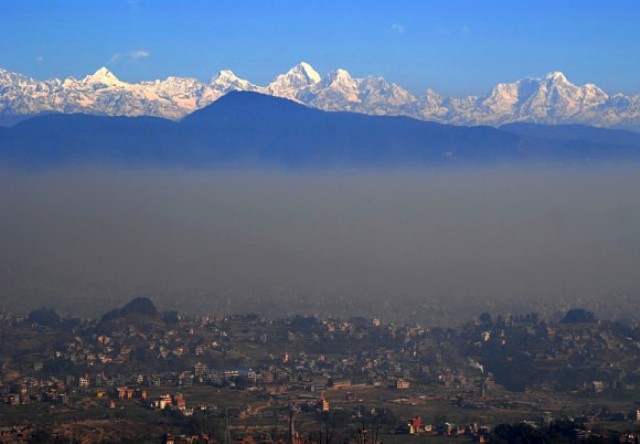 The image in my head of Nepal is full of sky. Nepal has glorious mountains and shining temples. But how’s the air? 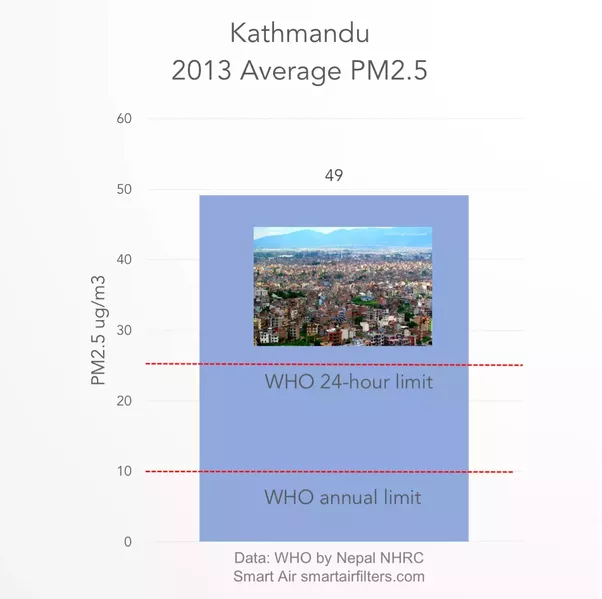 That fits nicely with 2017 data I analyzed from the US Embassy’s PM2.5 monitorfrom Kathmandu (49 micrograms).[1]

How bad is that? That’s just about double the WHO’s 24-hour limit of 25 micrograms. That means, if your lungs are in Kathmandu, they’re breathing in dangerous levels of tiny particles on most days.

Yet that pollution isn’t spread evenly throughout the year. Check out what happened after I broke down the US Embassy 2017 data by month. 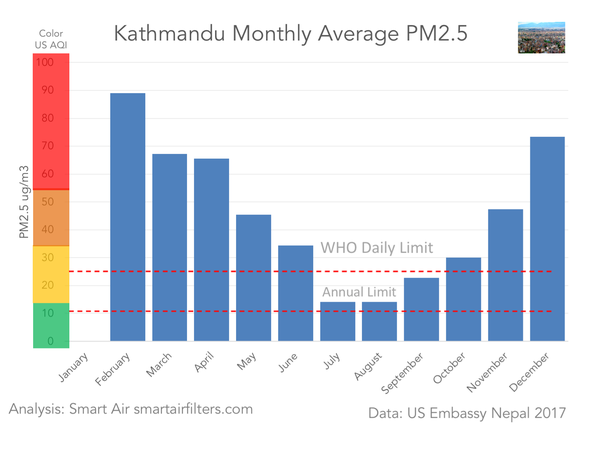 In the summer, Kathmandu’s PM2.5 falls to very close to the WHO annual limit. But in the winter, it shoots up to as high as 9 times that amount. And remember, that’s the average each month. Certain days will be much higher than that.

Why is the winter so much worse? This same pattern happens in Delhi and Beijing. It happens because summer weather patterns push more pollution away and because winter brings winter heating.

How Does Kathmandu Compare to Other Major Cities?

Forty-nine micrograms is far from healthy, but Kathmandu still beats Delhi and Beijing: 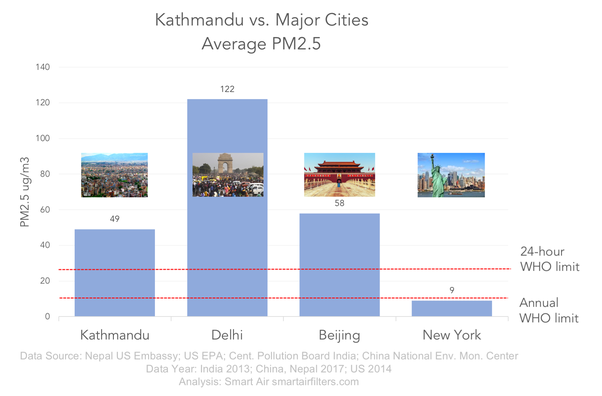 Yet “better than Delhi” isn’t much of a prize. Kathmandu is still far from healthy levels and far from the levels of major developed US cities like New York, which made it just under the WHO’s stricter annual limit.

Bottom line: Kathmandu’s air pollution isn’t the worst in the neighborhood, but it is about twice the daily limit.

Based on this data—and after getting emails from air-breathers-in-need in Nepal—I decided to set up Smart Air Nepal with the help of Shishir, a dedicated local. Smart Air Nepal now ships low-cost DIY purifiers, HEPA filters, and carbon filters to anyone in need in Nepal. Or learn how to build your own purifier here! Hopefully we can bring down the price of clean air in Kathmandu. 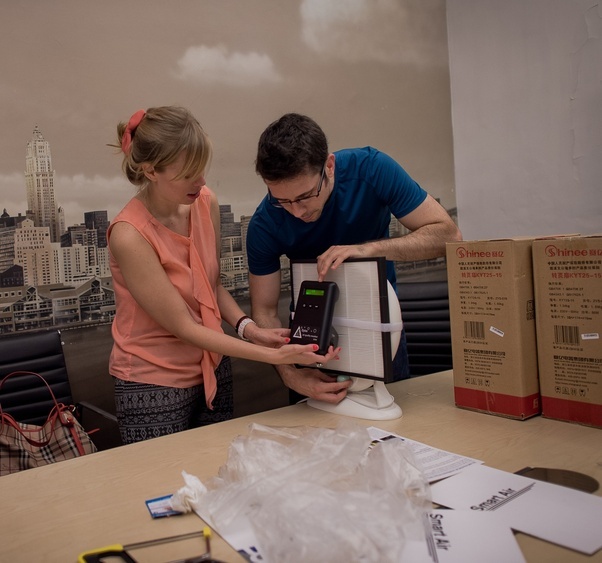 How’s the Air in Nepal?