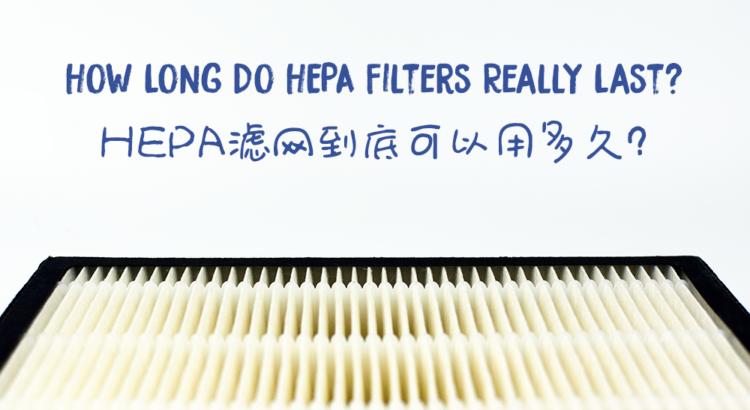 Ever since we launched the Blast and Blast Mini in 2017, we’ve wanted to get good data on how long hepa filters last. These filters are huge, 10-20 times the size of our DIY purifier filters in fact. We’d expect the HEPA lifespan to be much longer, but let’s see what the data says.

The Problem with the Numbers Most Purifier Companies Give

But there’s a problem. See, most purifier companies give nice-sounding round numbers like 6 months.

But there are problems with numbers like that. How did they come up with that number? Is that based on actual data? Is that lifespan for Beijing air, or Swiss air? Is that assuming the machine is running 24 hours a day or 8 hours a day?

Smart Air’s ethos is to use solid data to answer questions like this and let you know how we know what we know. So I set to work testing the lifespan of the Blast and Blast Mini.

We have real-world longevity test data from with the Original DIY HEPA filters. We tested the DIY HEPA every day for 200 days. But these Blast HEPAs are BIG. The Blast HEPA is 20 times bigger than the DIY 1.1 HEPA, while the Blast Mini HEPA is 10 times bigger, as seen below.

If the new HEPAs last 20 times as long, we’d have to test them for 4,000 days! Short of running 11 years of testing, there are two steps we can take to estimate the lifespan:

We tested two Blasts, one that’s been giving the Smart Air office clean air for the past 12 months at 8 hours per day (2,880 hours) and a Blast that was used in a Beijing café for 3 months at 16 hours per day (1,440 hours). We tested how their airflow differed from a brand-new Blast.

We found a clear linear relationship (r = 0.99) between airflow and usage. After 12 months, the airflow had only dropped 10%.

We recommend changing the filter when effectiveness drops by about 20% (although some people might be OK with a little less clean air in order to squeeze a little more life out of their HEPA). Based on this real-world data, we can extrapolate when that will happen: 22 months or about 2 years.

We compared these numbers to a model that we calculated based on the DIY 1.0 longevity data. The two methods came up with nearly identical conclusions. Go math!

How Long Does the Sqair’s HEPA Filter Last?

How Long Do the Blast and Blast Mini HEPAs Really Last? – Supplemental Article