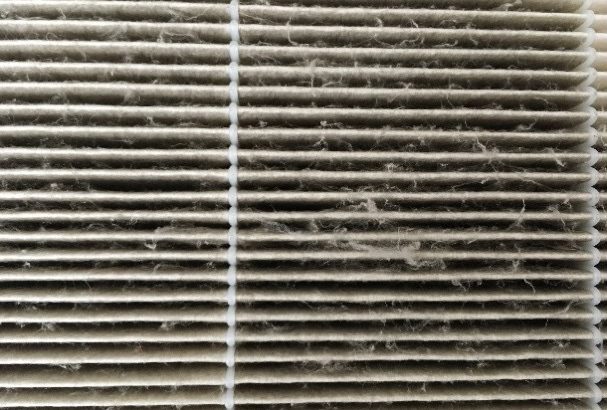 This post contains supplemental data for the post “Can I Clean or Wash HEPA filters?“. It includes detailed information about the testing method, and the original data, open-sourced for all to view.

There was decent variation in the 0.3 micron efficiency between the 8 HEPAs. We randomly inspect several HEPAs from each batch we receive from the manufacturer to make sure they capture 99.9% of particles 0.3 microns and above. Yet some of the readings of these old HEPAs were below 99.9%.

I can think of two reasons for that variation. First, there are slight variations in the test—particularly in how close the air inlet of the particle counter gets to the HEPA. That affects whether any air from near the HEPA (not coming through the HEPA) gets in. That doesn’t let many particles in, but when you’re trying to tell the difference between 99.9% and 99.0%, a few particles make a huge difference.

Second, these HEPAs were used, strapped in, then unstrapped, shipped to Beijing by Smart Air volunteer DIYers, and strapped on to another fan. All that movement and handling could make some of the gaps between HEPA fibers larger.

The Met One tests for 60 seconds and reports output as the cumulative number of particles counted (rather than the average).

CK used a Pyle anemometer to take wind speed measurements at four points on each HEPA—north, south, east, and west. Wind speed varies a fair amount between the different HEPAs. That can be due to the dynamics of the air coming out of the fan (it’s surprisingly not uniform!), damage from being shipped and handled, and how much particulate is stuck in the filter.

CADR (in meters cubed per hour) was estimated using the following formula:

The original data is available as an Excel file and as an image below:

P.S. What about using compressed air to clean the filter? Check out the end of Thomas’s Quora post for the answer.

The Ultimate Guide to Homemade Face Masks for Coronavirus