What is Asbestos?   Asbestos is a mineral that makes a great fiber. People use that fiber in lots of building materials, like insulation, paints, electric wiring, wall boards, and floor tiles. It might be all around us.    Should I Be Concerned?   When any of these materials break apart, …

Asbestos in China is a commonly used building material, and it may be more dangerous than formaldehyde. So why do so few people talk about asbestos in China? Contrast that with other pollutants. One day a few years ago, a Chinese friend of mine asked me about jiaquan (甲醛). “Huh?” I … 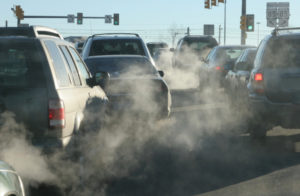 Car air purifiers sound like a great idea. But do we need them? Do car air purifiers even work?  Soon after I started making DIYs, people emailed me asking if we could make an air purifier for their car. My initial reaction was, “Great idea!” On the highways, we’re surrounded … 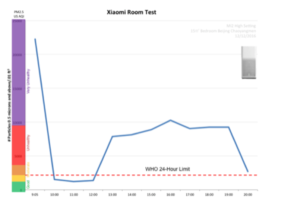 This article includes supplemental data for the main article “Xiaomi Mi 2 Auto Mode Leaves Air Unsafe for 86% of hours | Review“ Data and Test Details Settings The app asks what size the room is. How Xiaomi uses that data is a little opaque, but it would be logical … 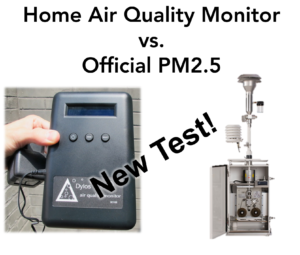 Lots of people are buying air quality monitors these days, but how do they compare to the official pollution numbers–are they accurate? When I bought a Dylos DC1100 Pro laser particle counter,  I did a comparison test with the US Embassy. I put my Dylos Pro outside the window of …

It’s tough to get good mask data on a wide range of consumer masks. I’ve posted some of my own test data and test data from Dr. Saint Cyr. But another great source of even more mask tests comes from the Shanghai Municipal Bureau of Quality and Technical Supervision. I’ve linked to … 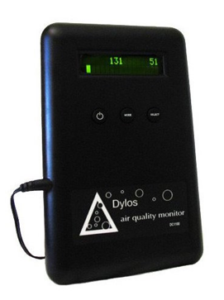 When I started Smart Air in 2013, I wanted to buy an air quality monitor. I had basically two options. I could buy a US$260 Dylos or spend thousands of dollars on the crazy expensive particle counters. Since then, the market has exploded with new air quality monitors as cheap as … 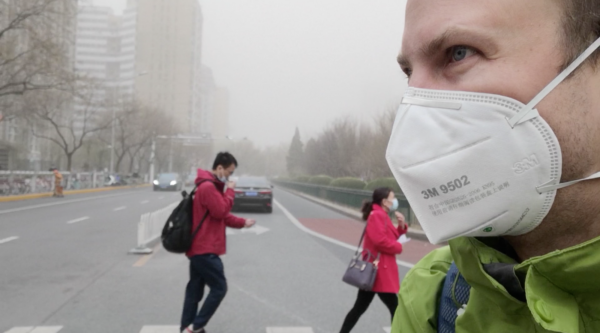 Since mask fit-test machines cost $10,000, many people need a simpler, practical way to check that their mask is sealing properly on their face. This simple four-step “poor man’s fit test” will help people check the fit of their mask and find leaks. I was fortunate enough to visit 3M’s … 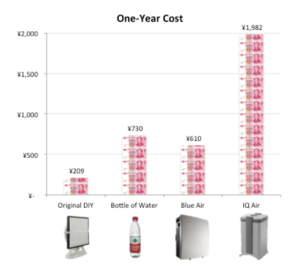 When I published tests of the DIY compared to the expensive machines, a couple people on Zhihu (China’s Quora) asked if you really save money in the long run with the DIY once you calculate the cost of changing the HEPA. After all, the IQ Air HEPA costs 1,782 RMB, …