Summer is here, bringing with it clearer skies and certainly cleaner air. Right?

Summer always seems to drive out the dense clouds of pollution that suffocate many Indian cities. However, while summer air is in fact cleaner than air during other seasons, it’s still far from safe according to the standards set by the World Health Organization (WHO).

During the winter, cold air traps pollutants close to the ground, a process called an “inversion.” Summer heat prevents this inversion, which does improve the air quality. However, average air conditions in India are still clearly not ideal.

Here’s a map of today’s pollution levels across India:

On a day like today, when the AQI in Chennai, Hyderabad, Kolkata, Mumbai and New Delhi is in the ‘unhealthy’ or ‘very unhealthy’ range, we often wonder at Smart Air if the pollution in summer really is any better than the winter.

We got to the bottom of it by analyzing the US Embassy’s data in New Delhi and US consulates’ data in Mumbai, Chennai, Hyderabad, and Kolkata. So is summer air really better than winter air? We took the data from the past two years (June 2014 to June 2016) and broke it down into four seasons: winter (December to February), summer (March to June), monsoon (July to September), and post-monsoon (October to November). Next, we calculated the average particulate pollution (PM2.5) levels for each season.

Let’s take a look at the difference in PM2.5 between the five cities during different seasons:

But how good is “better?” Here in India, “better” is nowhere near “safe.” Over the course of the two years we analyzed, average annual pollution levels in all five cities never fell below even the WHO’s more lenient (24-hour) exposure limit (25 micrograms per cubic meter). In fact, the average pollution levels across all the cities we tested was about 500% the WHO annual limit (10 micrograms) and 200% of the more lenient 24-hour limit (25)!

The lowest summer pollution level we found was Chennai (31 micrograms). But even that lowest summer level still surpassed the WHO limits.

Below are the 2-year graphs for each city. You can see that each city has two distinct swells in PM2.5 levels during the winter, each followed by 2 clear dips during the summer. Interestingly enough, comparing the summer and winter levels of each city from 2014-2015 to 2015-2016 shows some cities’ PM2.5 levels improving, while others’ increase between years. Most notably, Chennai’s winter pollution levels dropped significantly between years as did Hyderabad’s, while New Delhi and Kolkata experienced clear increases. However, we’re not sure whether or not this improvement and worsening of PM2.5 levels can be attributed to cities’ environmental efforts (or lack thereof).

The conclusion? The evidence is quite clear: summer air is in fact better than winter air. However, despite all the blue skies and warm days we’ve been having lately, there’s still a need to protect yourself inside and outside the house. Don’t mistake “better” for “safe.” Neither summer nor winter air meets WHO health standards and summer air is still of significant concern to public health. 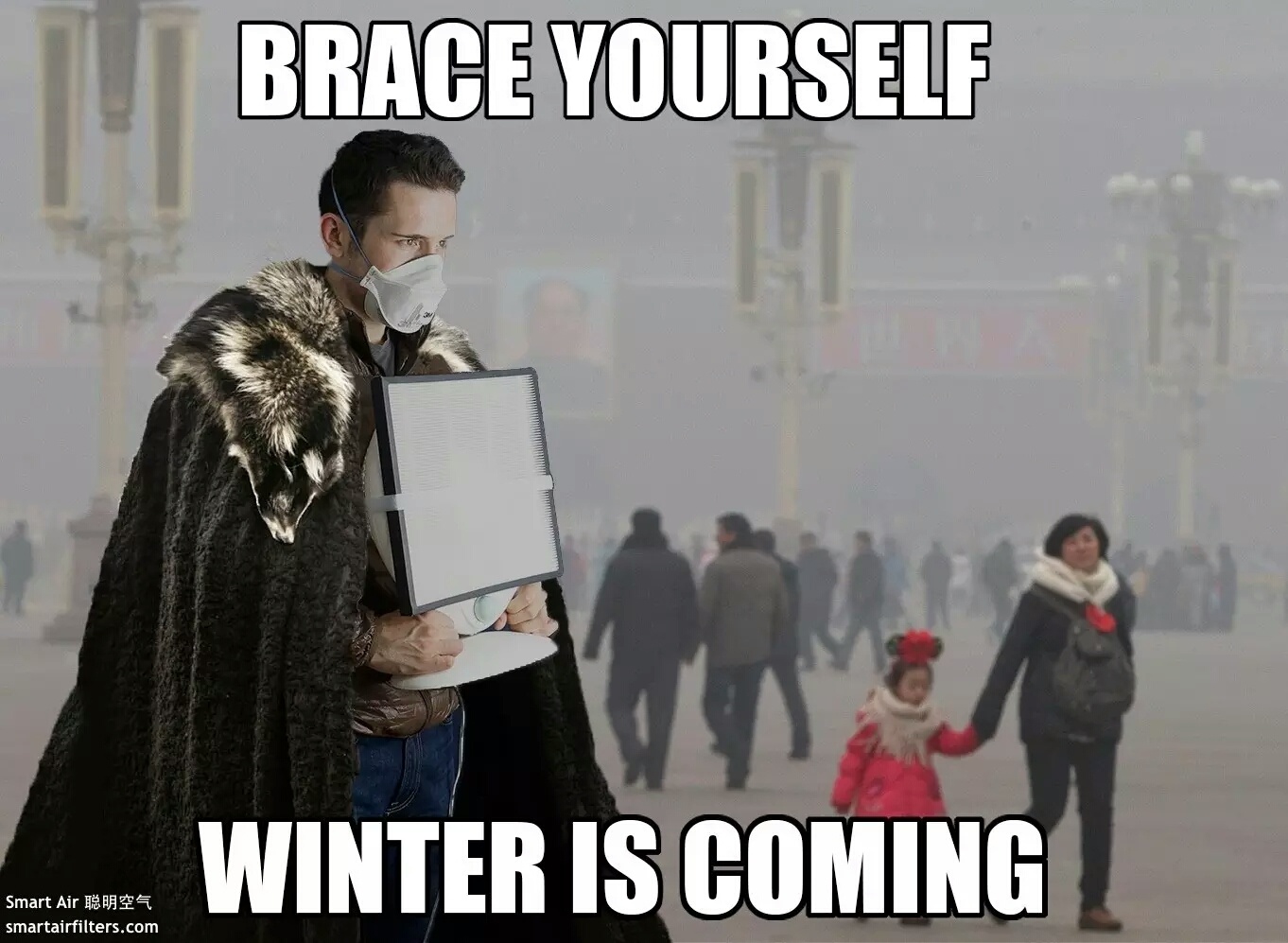