A few months ago, Smart Air tested the Laser Egg, the Node, and the Dylos against official PM2.5 readings. The results were way better than I expected! All three machines correlated r = .90 or higher with the gold-standard numbers, which is very high.

But this test may have exaggerated its accuracy. See, the Laser Egg and the Node are probably calibrated to PM2.5 readings in Beijing, so their formulas work great here. But how well do they work in different environments?

Why Your Air Quality Monitor Might Not Be Accurate in Shanghai

Testing the Laser Egg in Guangzhou

Smart Air DIYer Nikki in Guangzhou teamed up with me to test her Laser Egg against the US Consulate in Guangzhou. 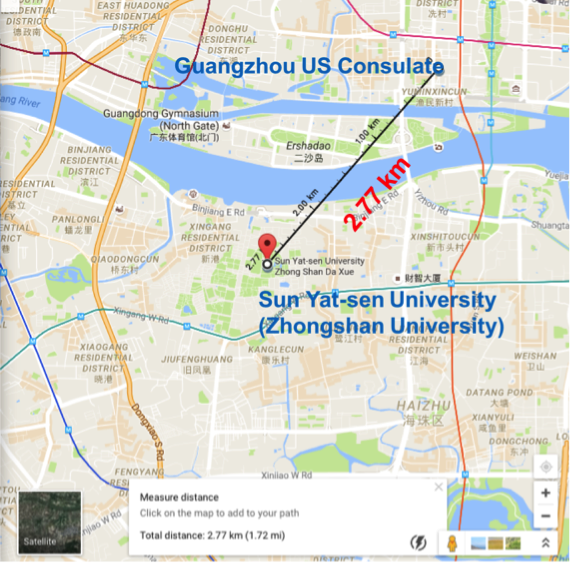 Nikki took 147 readings outside her apartment, which is 2.77 kilometers away from the consulate. This distance can make the readings less accurate, although my tests with the US Embassy in Beijing from 7 kilometers away showed results nearly identical to tests done 200 meters away.

The Laser Egg correlated highly with the US Consulate (r =.88), but much lower than in Beijing (r = .98). The Egg consistently overestimated PM2.5: 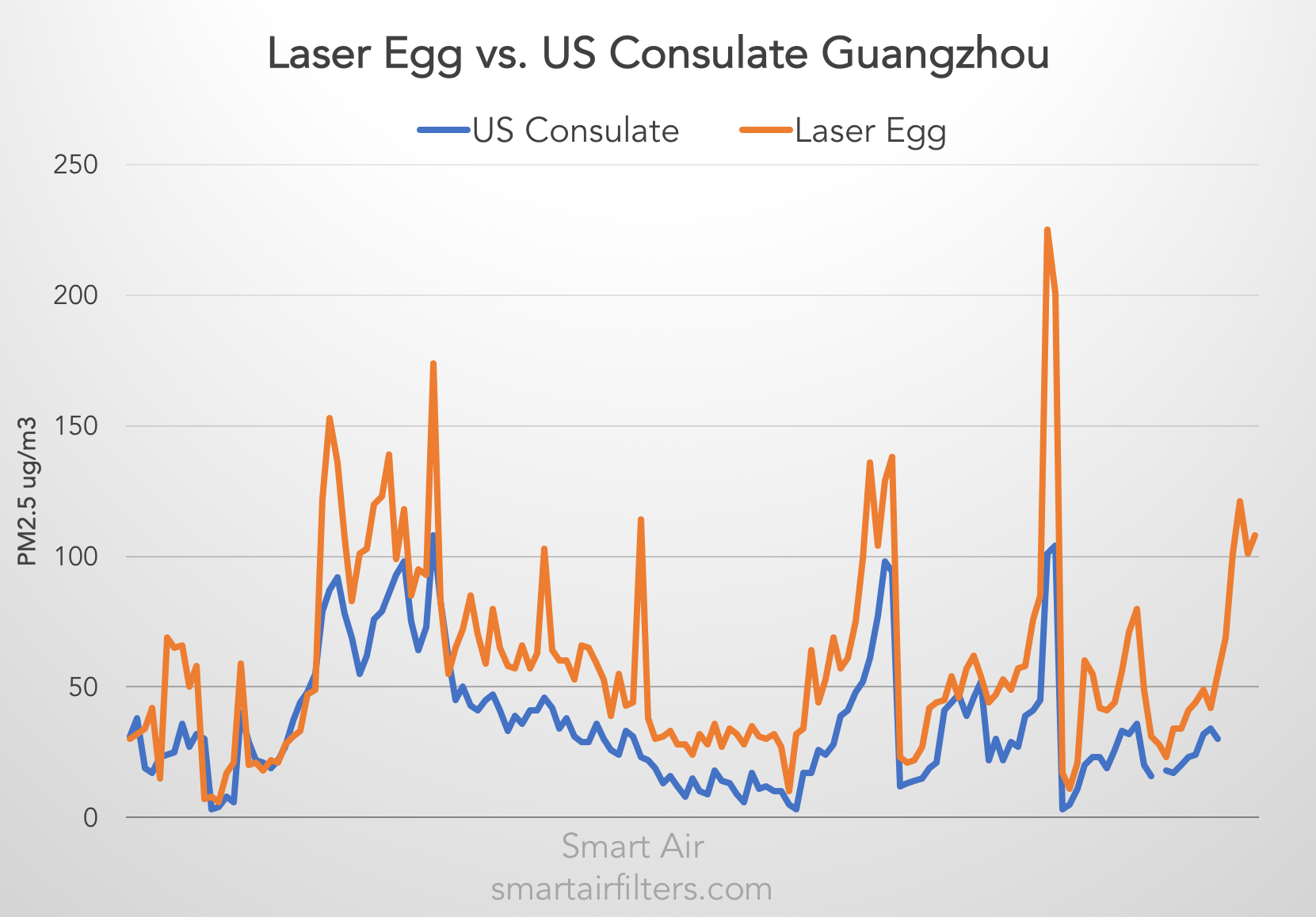 The Laser Egg was off by an average of 23.53 micrograms. That is higher than in Beijing, where it was off by just 6.5 micrograms. (Open-source raw data is free for all).

Is The Laser Egg Inaccurate Because of Humidity?

I tested whether humidity was the culprit by analyzing humidity readings. Humidity ranged from 36% to 89%, so there was wide variation in humidity.

Adjusting for humidity increased the accuracy of the Laser Egg readings. The model went from explaining 76.8% of the variance in PM2.5 to 79.4%. The Egg clearly had less error when humidity was low (left) than when humidity was high (right): 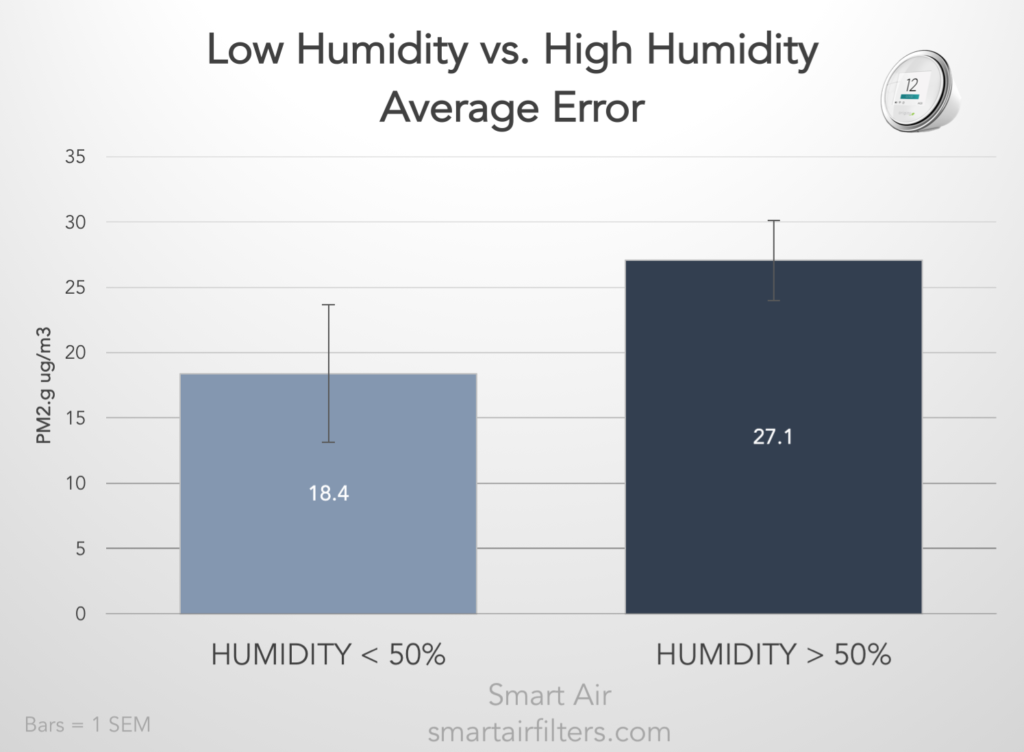 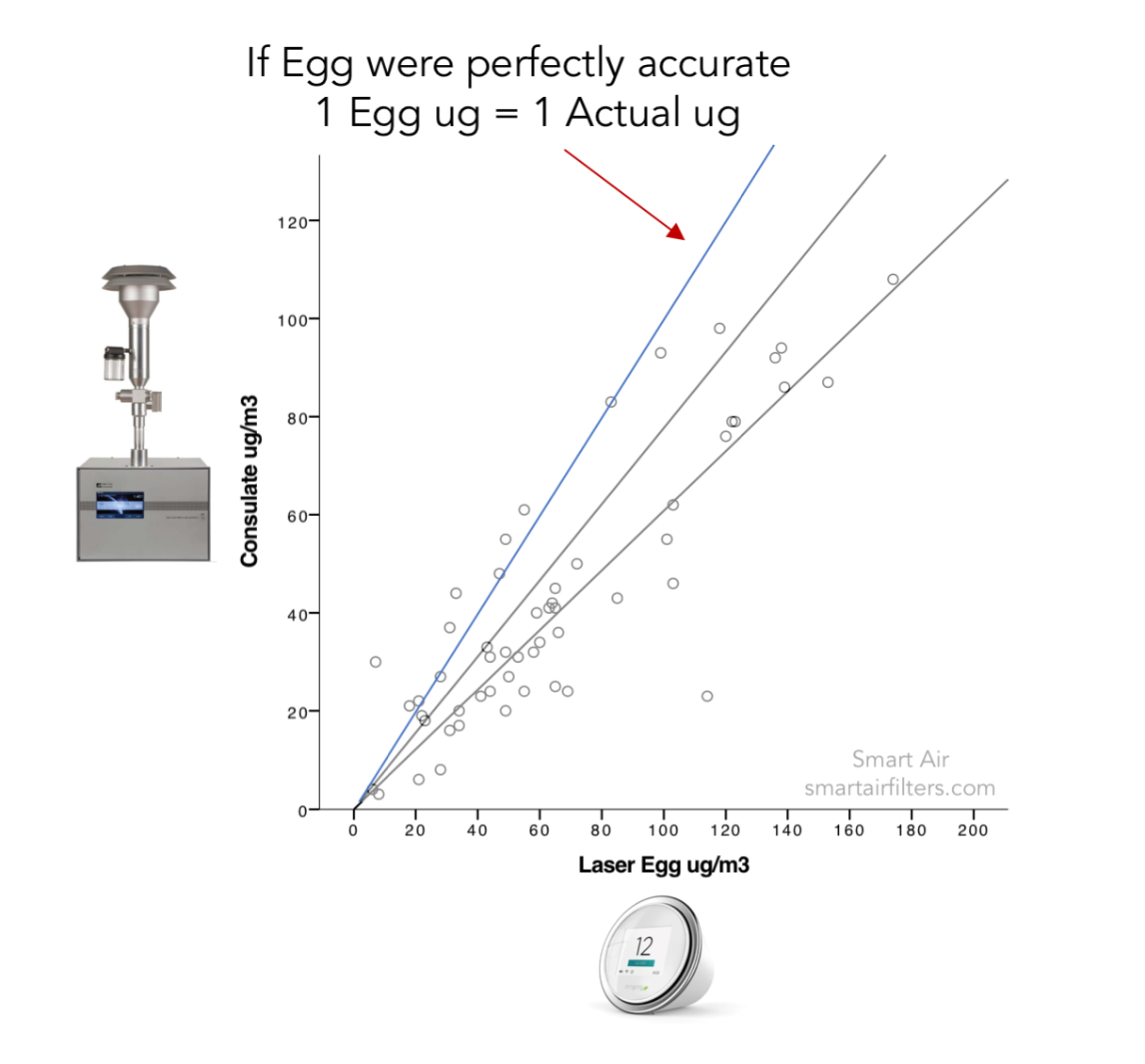 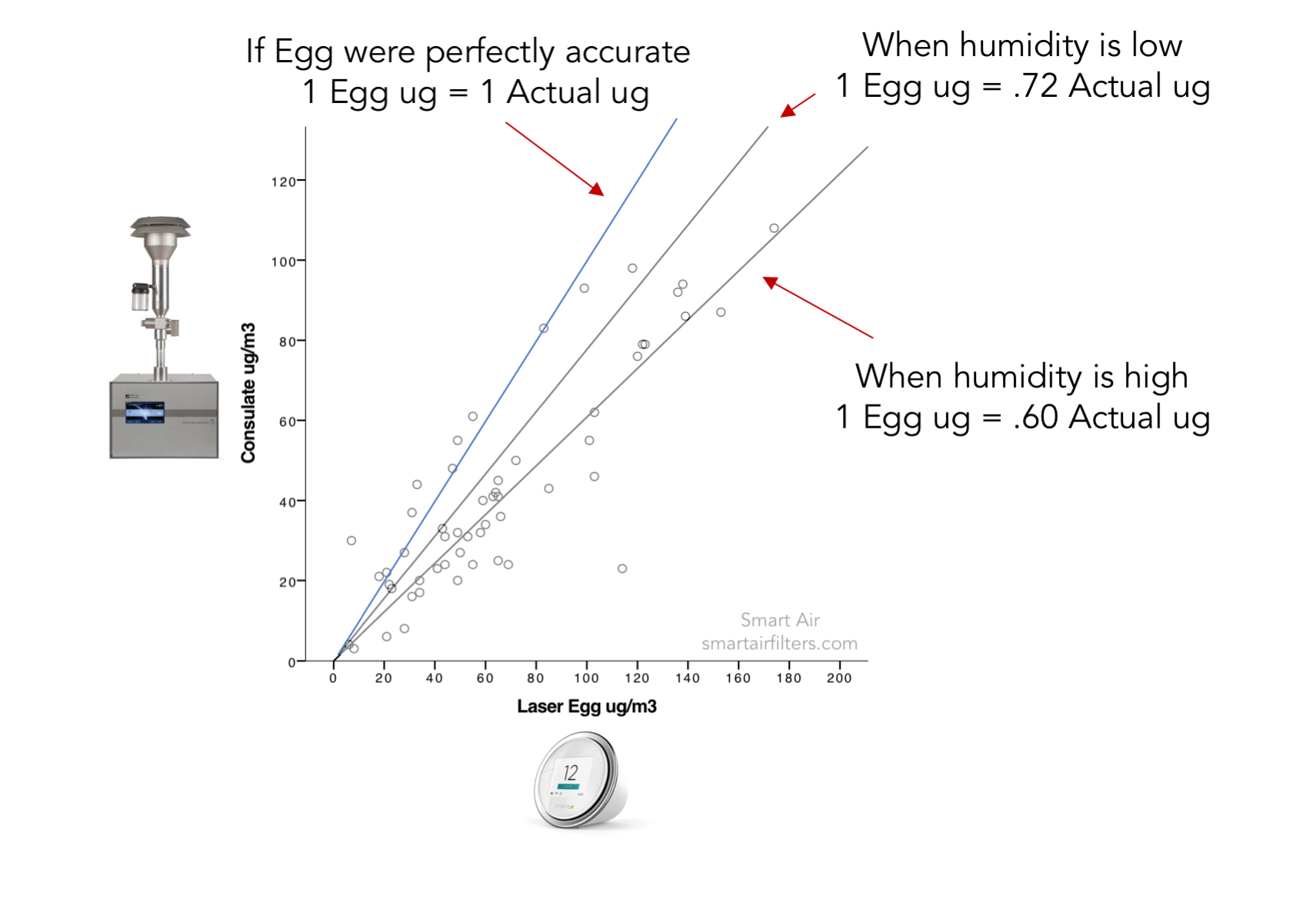 Is This Just a Laser Egg Problem?

I’ve also done lots of testing with the Dylos particle counter and found that high humidity makes it less accurate too. So have researchers at Drexel University. 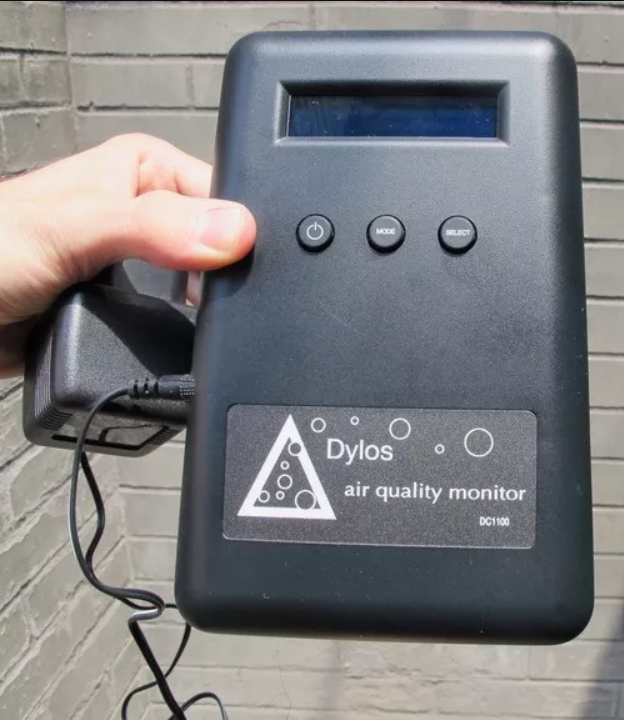 So far, I’ve never seen a particle counter that takes into account humidity. Thus, I don’t think this is just an Egg problem, so I don’t mean to single out the Egg for criticism! Overall, the data has convinced me that it’s a great machine for 600 RMB, and that’s why I decided to carry it on our site.

Since publishing this article, Smart Air has tested a new set of air quality monitors: The QP Lite and QP Pro. After testing out the monitors, we were impressed with their accuracy and functionality. We have replaced the Laser Egg on our Clean Air Shop, with the QP monitors. 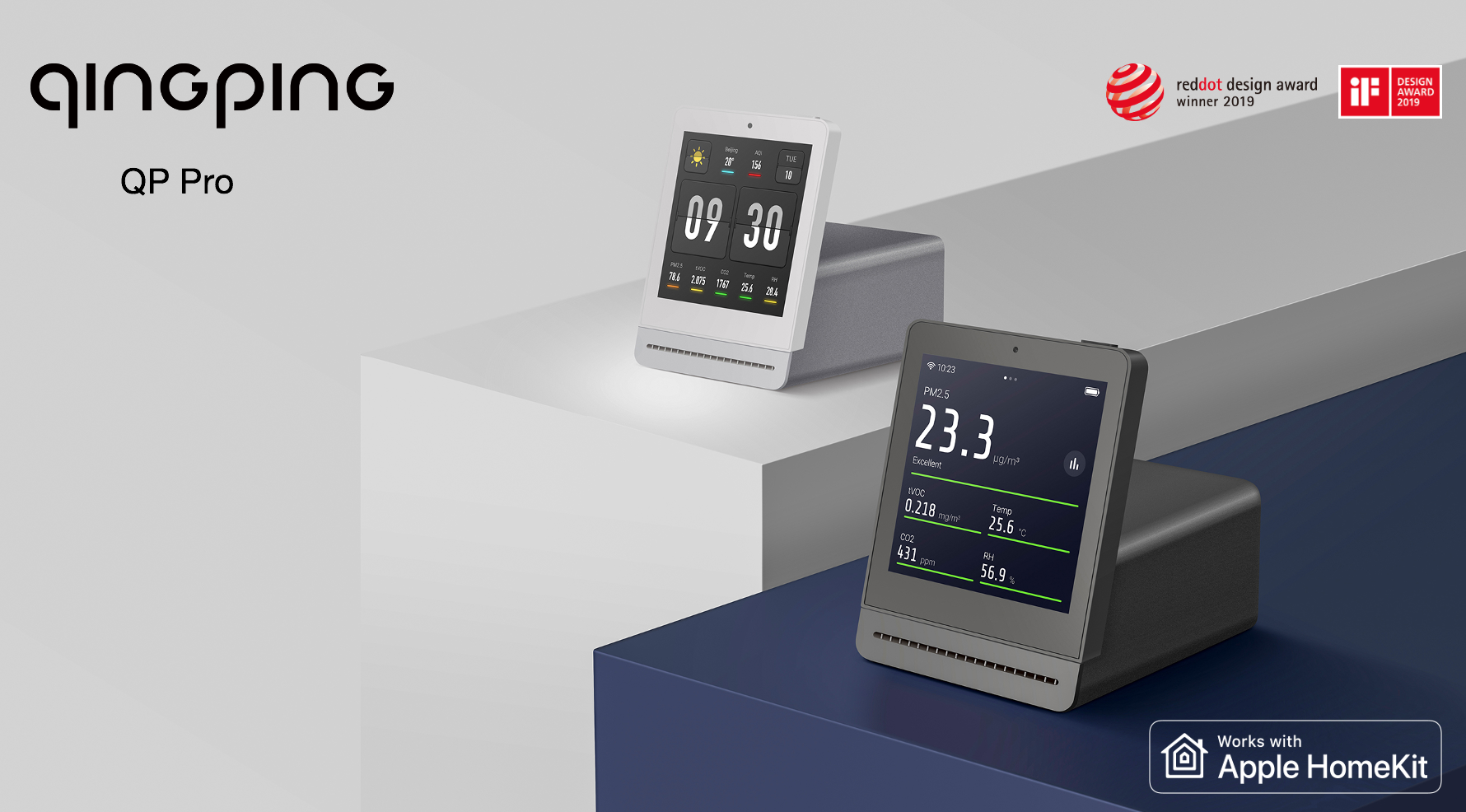 Open Data and a Correction Formula

As always, I’m posting the original data and more info on the test for fellow nerds, plus:

Egg users in humid climates can use this formula to correct their numbers:

But remember this is a very provisional formula, based on one egg in one city.

Liam also pointed out a potential problem with analyzing humidity: changes in humidity may be confounded with other changes. For example, in Beijing, northern winds bring drier air, but they also probably bring different types of particles, such as the well-known spring sand storms. So when humidity drops, particle type also changes.

But the problem is, we can’t tell different types of particles apart, so we don’t know. All we have is humidity. And because we’re only measuring humidity, we’ll incorrectly conclude, “look at all this effect of humidity!” What’s more, if humidity is confounded with other variables, that would mean a humidity formula built on one city wouldn’t work as well in other cities.

​Is Humidity Confounded with High AQI?

However, humidity was actually negatively correlated with PM2.5 (as measured by the Consulate) r = -.23. So if anything, my formula here might be underestimating how much we need to correct for humidity.

Want to learn more about Reviews? Join thousands more and stay up to date on protecting your health.

How Accurate is the 1 Micron Dylos? New Test 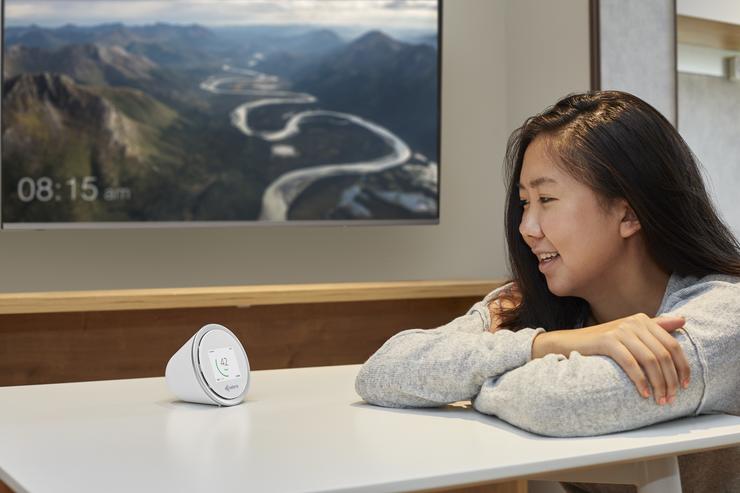