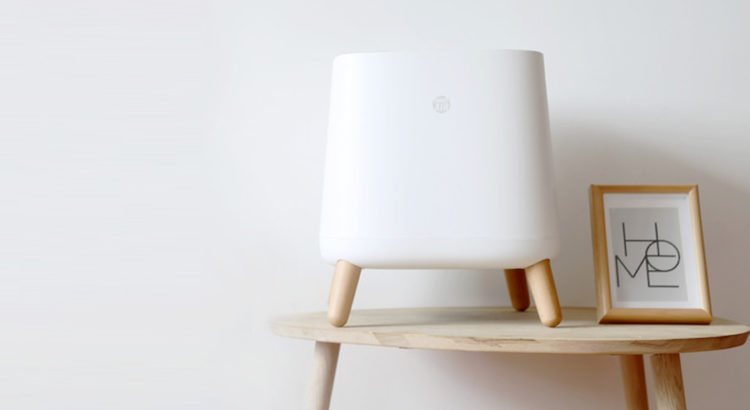 In 2013, I made a DIY purifier to get through an apocalyptic Beijing winter.

The DIY proved that air purifiers don’t have to cost $1,000. But now I have something way better. Meet The Sqair.

Why The Sqair Is An Amazing Air Purifier

The Sqair is the most cost-effective purifier in the world. Really.

I should admit I’m NOT an expert in air pollution. Yes, I’m a PhD-carrying professor, but I study social psychology, not fluid dynamics.

However, I understand data, and this machine provides the most clean air per dollar of any major purifier on the market. Here are the numbers.

Now here’s how much clean air the purifiers put out (measured by cubic meters per hour in CADR tests). Other than the big boxy $2,000 IQ Air, the Sqair leads the pack.

With cost and CADR, we can calculate how much clean air you get for every dollar you spend.

It’s that simple. The Sqair puts out the most clean air per dollar of any of the major purifier brands.

OK, but maybe it hogs electricity? It actually uses less power than the expensive purifiers.

So there you have it, The Sqair air purifier in five graphs.

Bottom Line: Why the Sqair Will Transform the Market for Clean Air?

The Sqair air purifier is simple, strong yet quiet, energy-saving and cost-effective.

Three Reasons We Were Able to Make a Better Air Purifier

Is the Molekule Air Purifier Really Better Than Those Already on the Market? Review

What Is the Best Air Purifier on the Market Today?
Subscribe
7 Comments
Inline Feedbacks
View all comments