Despite the popular conception that plants are purifiers, plants have a detectable effect on particle or gas pollutants, according to the latest test data from real-world homes.

The belief that plants are effective air purifiers is widespread. Arguably the most frequently cited evidence is the NASA study on plants. It feels scientific, authoritative. This page cites it, this page, this page. 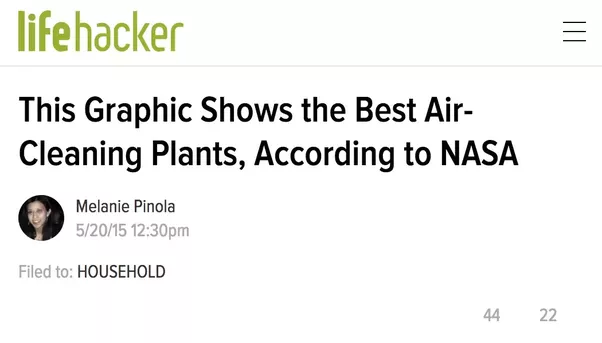 This entire Wikipedia entry is devoted to it.

Let me claim some nerd cred. I read the original study–all of it. I found that the NASA study was done in small, completely sealed plexiglass containers surrounded by growing lights. For an idea of size, here’s what their setup looks like next to a stick figure version of myself. 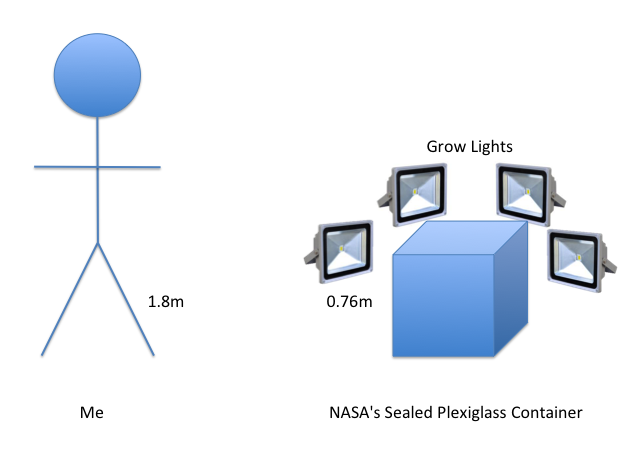 The NASA setup also has a key difference with our homes. They pumped in the chemical at the beginning, and then that was it. But in our homes, most sources of chemicals like formaldehyde constantly emit the chemicals.

That’s why the real question is not IF plants have an effect, but HOW MUCH of an effect do they have? The NASA study convinced me that plants can remove chemicals like benzene and formaldehyde. But it didn’t demonstrate how much that matters:

I’ve seen some pretty fantastic claims about plants, like this TED speaker who said with a few plants, we could live in a sealed bottle.

Fortunately, these guys in China tested whether plants can remove volatile organic compounds in a more realistic setup. 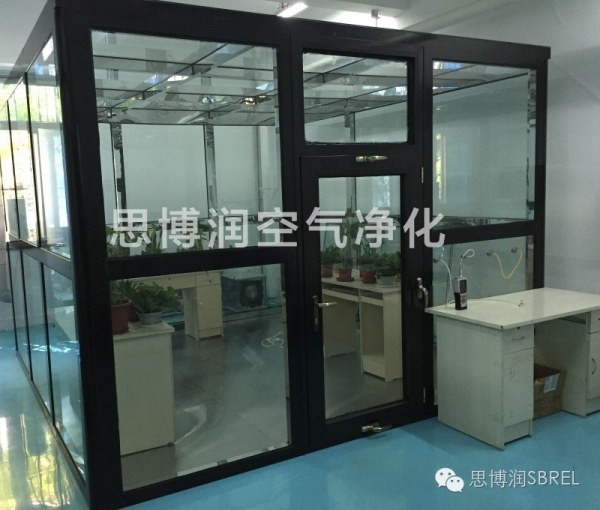 Unlike our homes, their room is still sealed, but it makes three big improvements from the NASA test:

They tested multiple times with an army of plants that people have specifically said reduce VOCs (such as the snake plant, aloe, and spider plant). 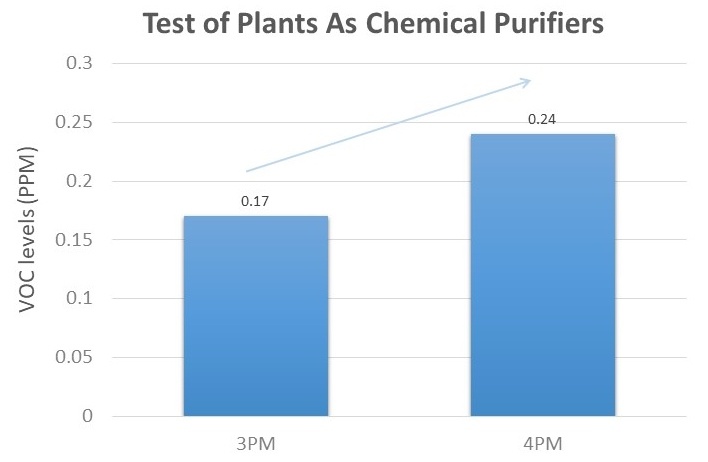 Conclusion: This test suggests that the effect of these plants on VOCs is so small it’s not clearly detectable under normal conditions.

OK, so plants don’t seem very good at VOC gases. But what about tiny particles in our air, particulate pollution like PM2.5? 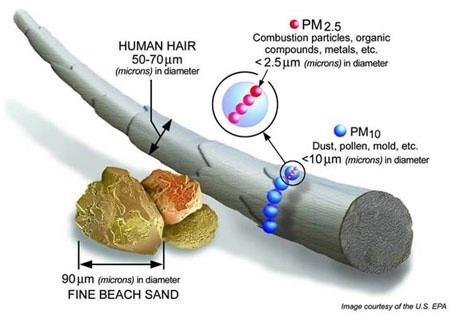 I tested this by putting a similar army of plants into the Smart Air Beijing office. I tracked particulate levels over 4 tests with plants in the room and 4 tests without plants. Here’s what I found: 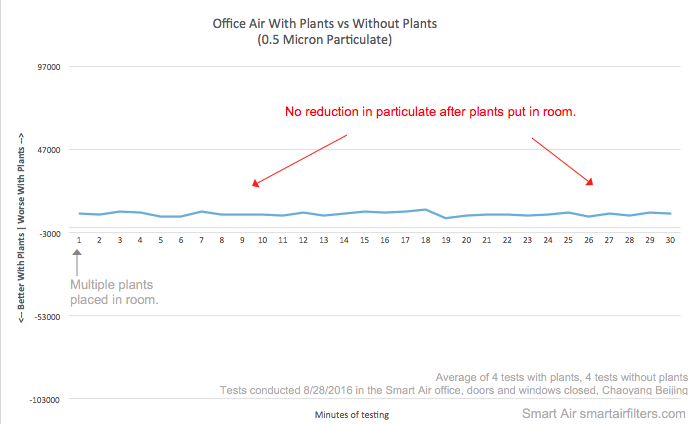 Here’s a comparison between plant effectiveness and a DIY purifier in that same room. 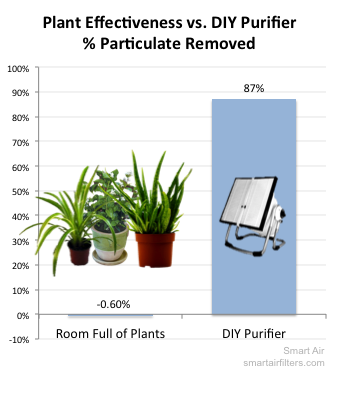 Conclusion: These plants had no detectable effect on particulate pollution indoors.

Is there NO evidence that plants help?

P.S. Another way of asking whether plants are effective purifiers is to look at several months of particulate pollution data in a room full of plants. I did exactly that in an apartment in Beijing. Here’s what I found.

1 thought on “Plants Have No Detectable Air Purification Effect”