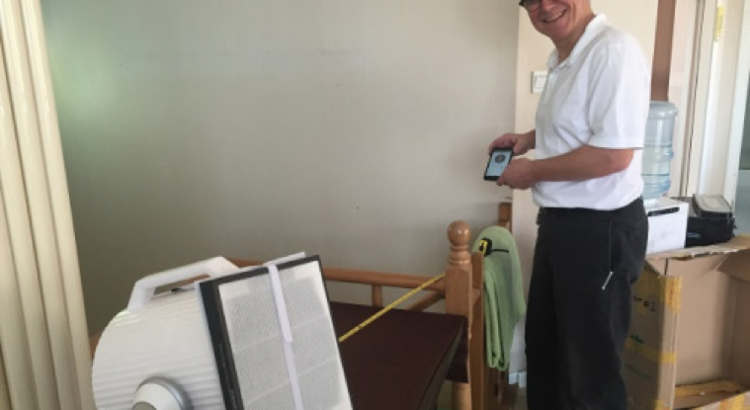 Bill is an expat living in the hills northwest of Beijing, and he uses his DIY Cannon to cut the particulate in his home.

But Bill wanted to improve on the biggest downside of the Cannon–it’s a bit loud on high:

So Bill designed a sound dampening box for the Cannon out of foam blocks:

There are openings in the front and back to let air through, although my guess is this lowers effectiveness by at least a few percent.

To further cut down on noise, Bill wrapped the Cannon with a blanket:

With all that padding, Bill measured a 6 decibel drop in noise! If you have a Cannon already, here’s an idea of what that’s like: That’s 2 decibels quieter than the regular Cannon on low (52 db).

If the noise gets to you and you don’t mind a craft project, I sanction it! However, keep in mind two things: