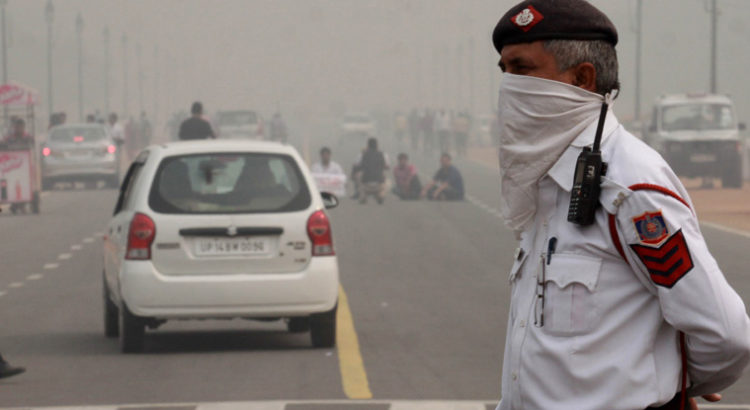 Between July 2015 and February 2016, TERI University and the University of Surrey researchers compared 532 Delhi traffic police officers to 150 office workers. Individuals in both groups shared similar socio-economic characteristics and the same age group to account for differences stemming from such differences. The researchers then conducted a survey amongst the two groups over a six-month time span. The survey asked about the individual’s demographics, lifestyle, smoking and alcohol consumption habits, employment history, working hours, prior occupational exposure, and health status.

It is important to note that the study shows that exposure to air pollution and poor cardiovascular and respiratory health are correlated. The design does not allow us to interpret if air pollution causes poor health. However, this finding is aligned with conclusions from other studies that have studied the health of traffic police officers. Other studies that have examined the health of traffic police officers have also found that their lung functions tend to deteriorate the longer they are in service. Studies in Bogotá (Colombia)[2], Kathmandu (Nepal)[3], Patiala[4], Pondicherry[5], and Rohtak[6] have utilized either surveys or spirometers to test lung functions, and found that traffic police officers are exposed to higher levels of pollutants and are therefore at greater risk of respiratory diseases compared to those who spend less time outdoors.

While the adoption of such measures is paramount for traffic police officers, these measures are also necessary for other outdoor workers who are exposed to long hours of outdoor air: sanitation workers, construction workers, and vendors, amongst others.

Moreover, these studies give us food for thought: if they show that exposure to long-term air pollution has such significant effects for traffic police officers, how is short-term exposure affecting us on a day-to-day life?

35 Healthy Shanghai College Students Used a Purifier for 48 Hours. Here’s What Happened to Their Bodies

Do Purifiers Depend on the Placebo Effect, or Do They Really Have Health Benefits?
Subscribe
0 Comments
Inline Feedbacks
View all comments