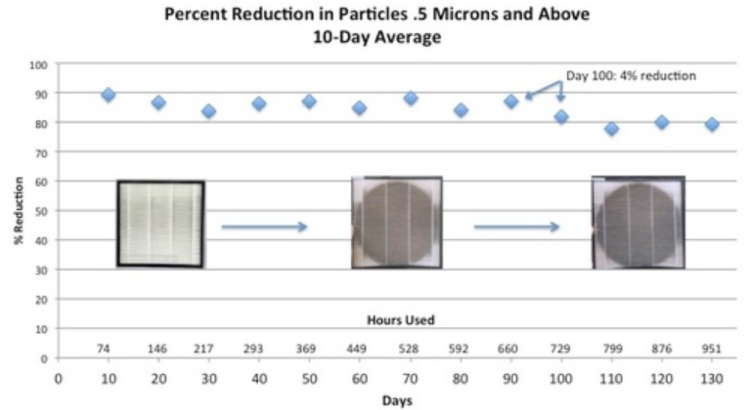 How long do Smart Air HEPAs last? My quest to give a solid empirical answer has now completed 130 days! Gus is still dutifully tracking the effectiveness of the HEPA he’s been using in his bedroom since January (with a trip to the US in the middle), calculating the percent reduction in particulates every night.

I reported a few weeks ago that the HEPA was just as effective at Day 1 and Day 90. Now after 130 days and 951 hours of usage, here’s what the HEPA looks like:

Results: At 100 days, the overall effectiveness declined by about 4%. Even so, the HEPA is still removing 80% of .5 micron particles from the overall room air:

How Long Do Smart Air HEPAs Last? At Least 90 Days