Skip to content
Home » Clean Air Blog » Air Pollution » Is Being in a High Pollution City Like Delhi India Really Like Smoking a Pack a Day Healthwise? 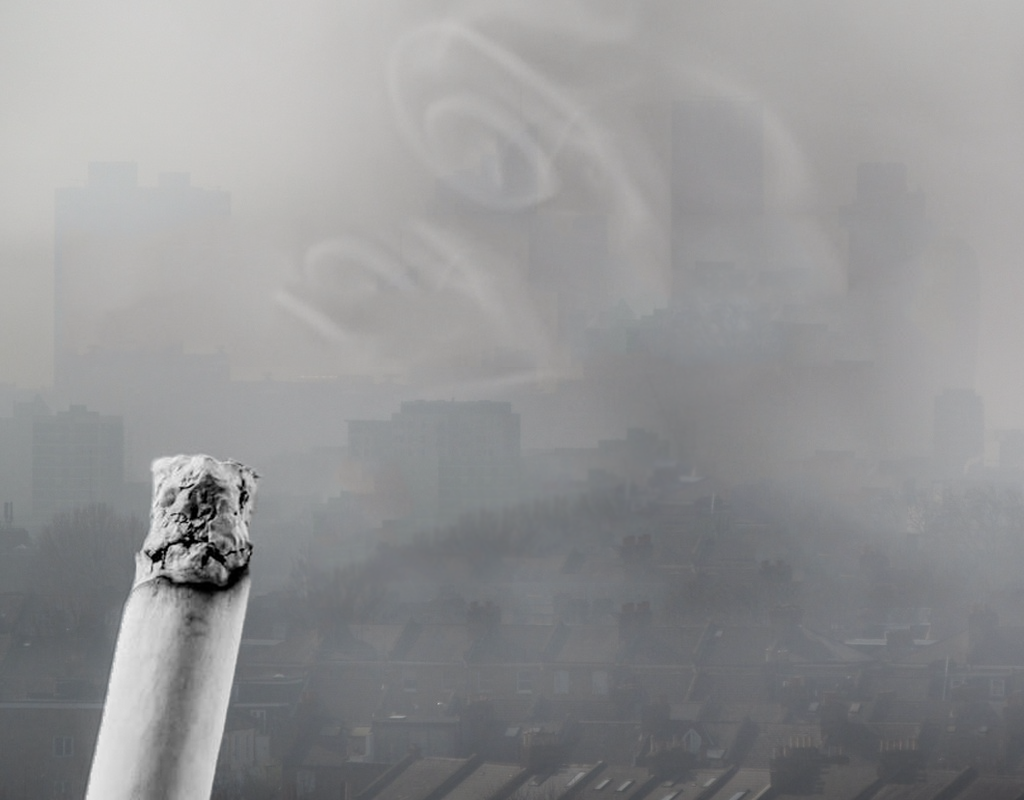 Comparing air pollution to smoking is a dangerous question. Honest observers (like Richard Saint Cyr MD and Richard Muller) have come up with wildly different answers, from 1/6th of a cigarette a day, to four a day, to claims of 21 cigarettes a day. Here’s why they’re all right.

One of the points of disagreement comes from how to calculate it. For example, Saint Cyr’s 1/6th estimate asks this question:

Method 1: How much particulate is there in a cigarette versus Beijing air?

A problem with this method is that “particle” can mean lots of different things. Dust is a particle. Asbestos is a particle. Here in Beijing, a study found that air pollution particles include stuff like lead and arsenic.

There are lots of other differences. For example, cigarette smoke is heated up before people breathe it in. That could change its effect on our bodies too.

Method 2: How long do smokers live versus people in polluted cities?

That’s how geneticists get around the tricky question of asking how much of things like personality are genetic. There’s a tricky thing I didn’t realize about genetic research: researchers know almost nothing about which specific genes determine things like extraversion or IQ. For example, we know that height is roughly 80% genetic, but analyzing specific genes, we can only explain about 5% of that variability.

A recent study on air pollution around the world did just that. Let’s start with the effect of smoking. Here’s how many years of life smokers lose on average in South Asia.

And here’s how that compares to PM2.5 pollution.

Based on this estimate, breathing air in a place like India or Bangladesh is about equivalent to smoking. In high-income countries (where pollution is lower), the effect of smoking is worse than pollution.

Obviously this will vary based on the situation. If you smoke more than average, the effect of smoking will be worse. If you live in Delhi or Dhaka, where pollution is higher than the average in South Asia, the effect of pollution goes up to about two years.

Now, the black box method isn’t perfect either. People aren’t randomly assigned to start smoking or to live in polluted cities, so we have to put in a lot of statistical work to control for confounding factors. Different researchers will use different datasets or control for different variables and come out with different estimates. Yet most estimates should be roughly in the same ballpark, giving us a good general idea of the effect of air pollution on health.

Breathing air polluted with PM2.5 takes about as many years off of like as the average smoker in India.

P.S. If you don’t want Delhi’s air to take two years off your life, you can…

A friend of mine moved to Paris and was worried about what the air pollution there might do to his health. (Paris’s pollution is a lot lower than Delhi, but actually surprisingly bad for a high income city.)

I described simple steps he could take to minimize the damage that air was having on him and I ended by saying that health effect of Paris air is probably a lot smaller than the benefit of eating healthy and exercising. A few weeks later, I saw this study and found out that guess was right:

How neat is that? Simply by eating healthy, I can give myself more years than I’ll lose from air pollution. I can’t change the air pollution in Delhi, but I can change what I eat. And the effect of that will probably be larger than the effect of air pollution. Of course, my answer is to do both! Breathe clean air in Delhi and eat healthy.