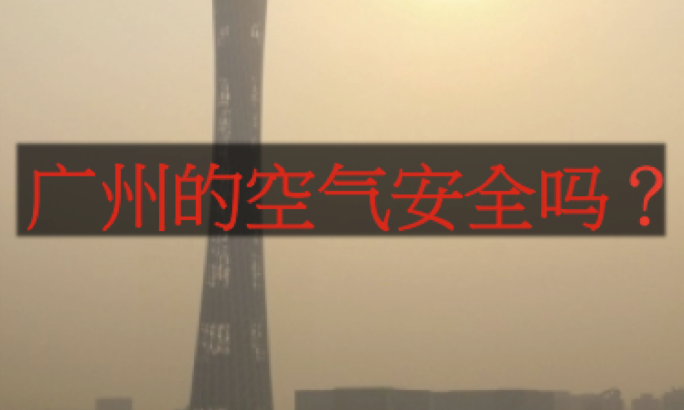 Beijing’s air pollution is the most famous in China, but that can make people in some other cities think their air is good–at least, not as bad as Beijing’s. But is the air in other cities safe?

In 2013, Shanghai had newsworthy air pollution that convinced many people in Shanghai that air pollution was a problem there too. But what about Guangzhou? Guangzhou doesn’t have winter heating. Does that mean its air is safe?

To answer this question, I analyzed all of the hourly data from 2014 from the American consulate in Guangzhou. Year to date, that data covers 4,572 datapoints. Then I calculated what percentage of those had PM 2.5 readings about the WHO 24-hour upper limit of 25 micrograms (which is about 77 on the US AQI scale).

Before I give the answer, take a guess at what percentage exceeded the WHO limit:

To date, 76.9% of the readings exceeded the WHO upper limit. The average reading was 53.4 micrograms–over two times the WHO limit.