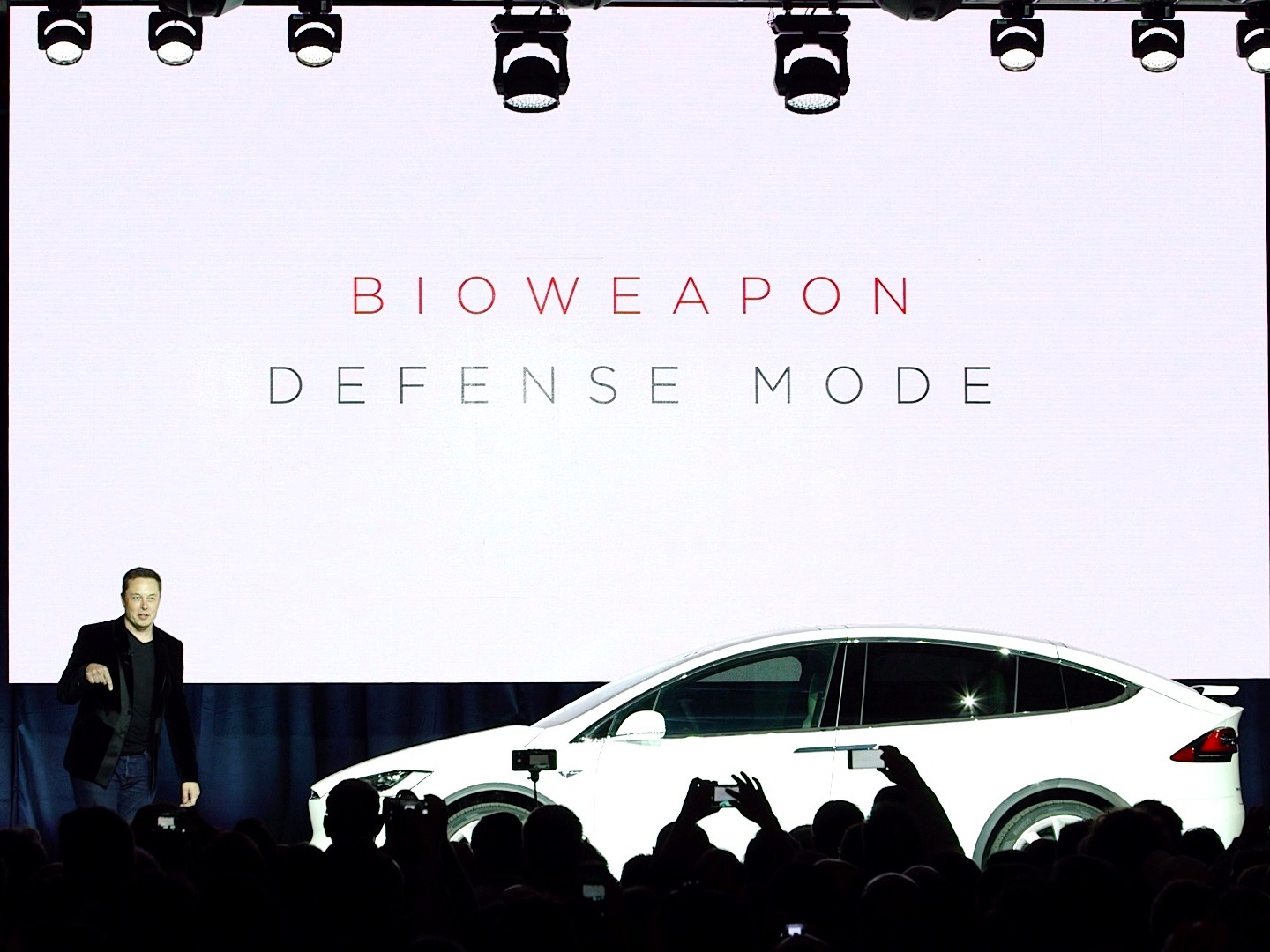 “Bioweapon Defense Mode is not a marketing statement, it is real. You can literally survive a military grade bio attack by sitting in your car.” 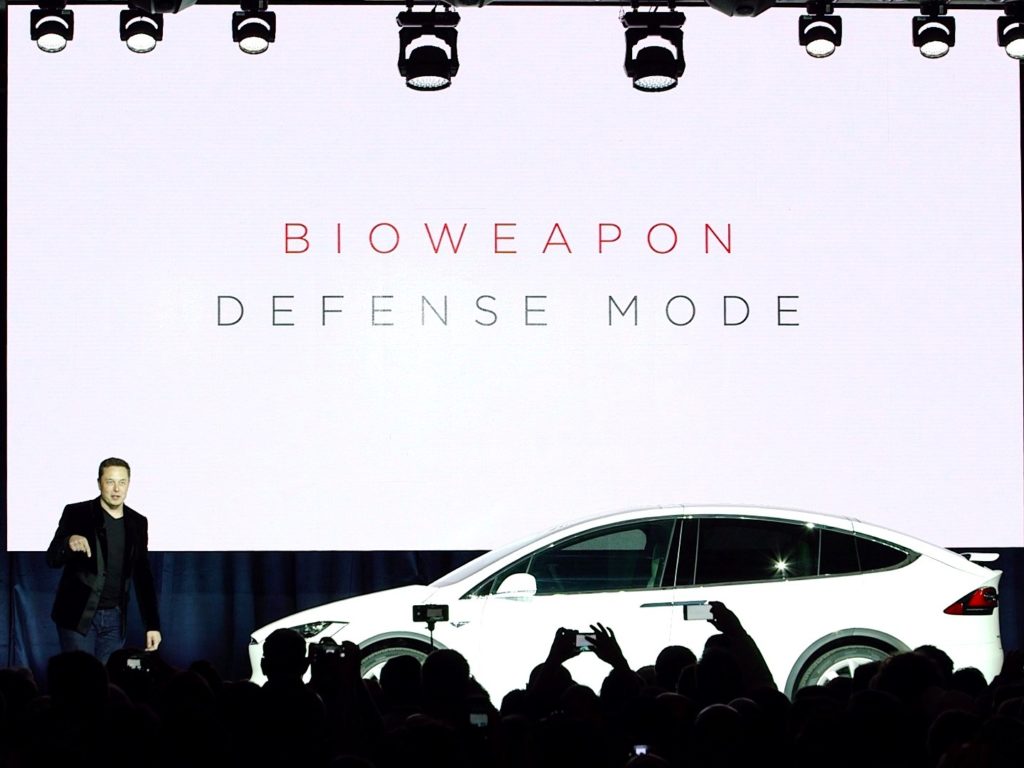 Elon’s telling the truth, but not the whole truth. Tests I’ve done show that most cars already have a “bioweapon defense mode”: it’s called an air filter.

Like the true nerd that I am, I emailed Tesla and offered up my data.

I’m not surprised they didn’t respond, but it makes me feel absolved about doing a take-down on their press release.

Tesla released a test of how fast its bioweapon defense mode could reduce tiny particles. They even put the Tesla in a huge plastic bubble to do the test. 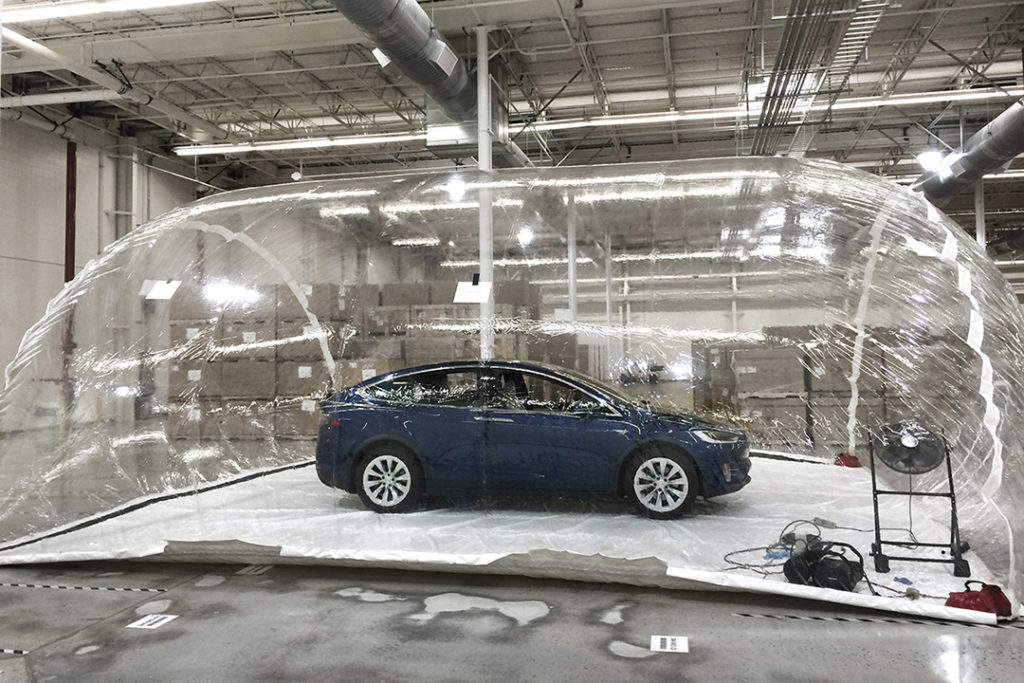 And the results were impressive. Particulate dropped dramatically in less than 5 minutes. 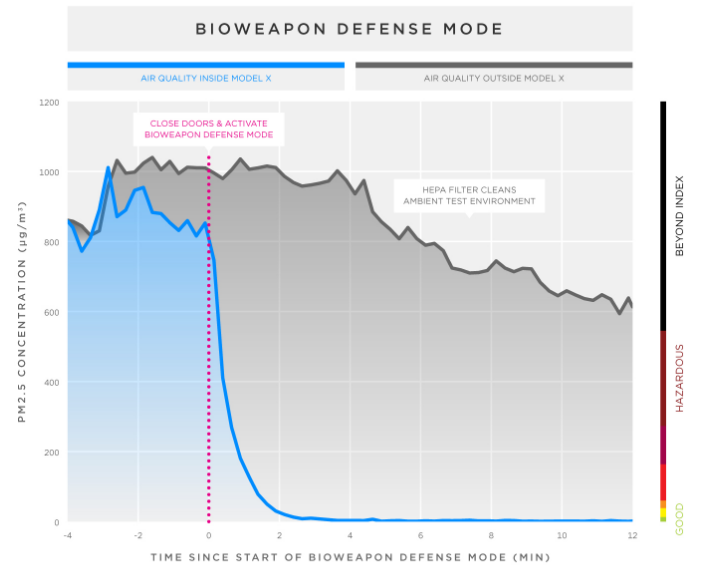 But when I saw the graph, it reminded me of tests I did with the help of Smart Air aficionado Ohad in Israel. We were wondering air is any better inside cars, so Ohad used a Dylos laser particle counter to track what happened to particulate levels after he turned on the AC in his 2010 Mazda 3. 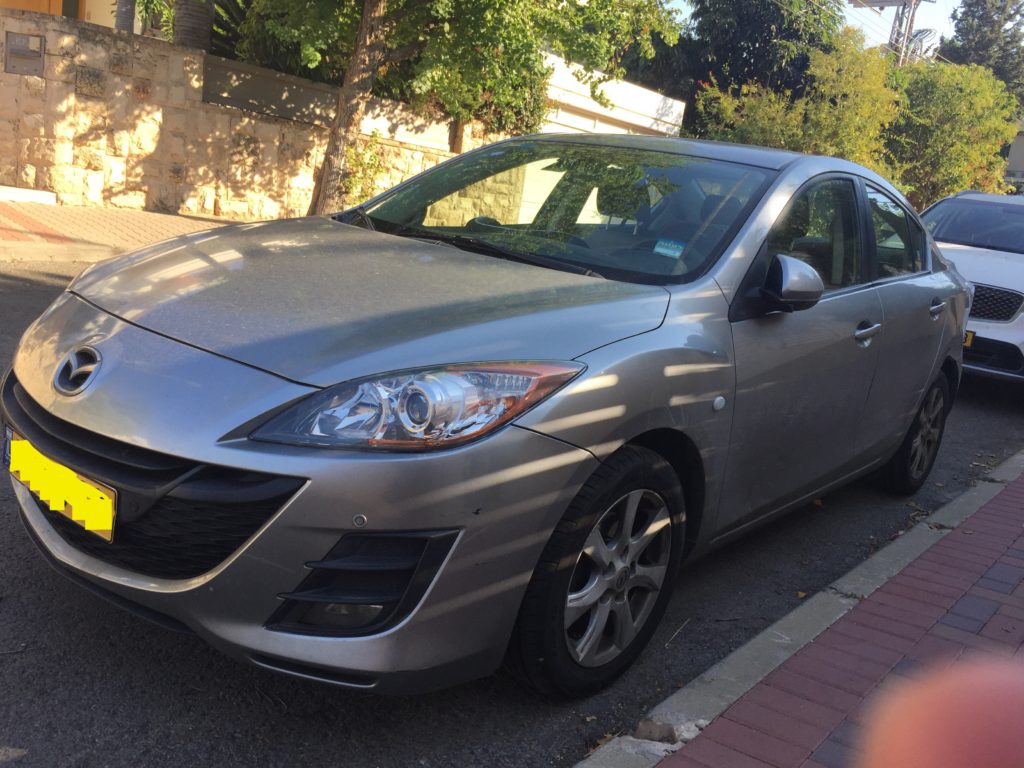 Ohad did nothing special to his Mazda. He put in no special filter. The filter was just whatever was already in the car. He didn’t even put in a new one. Here’s what the tests in Ohad’s Mazda looked like. 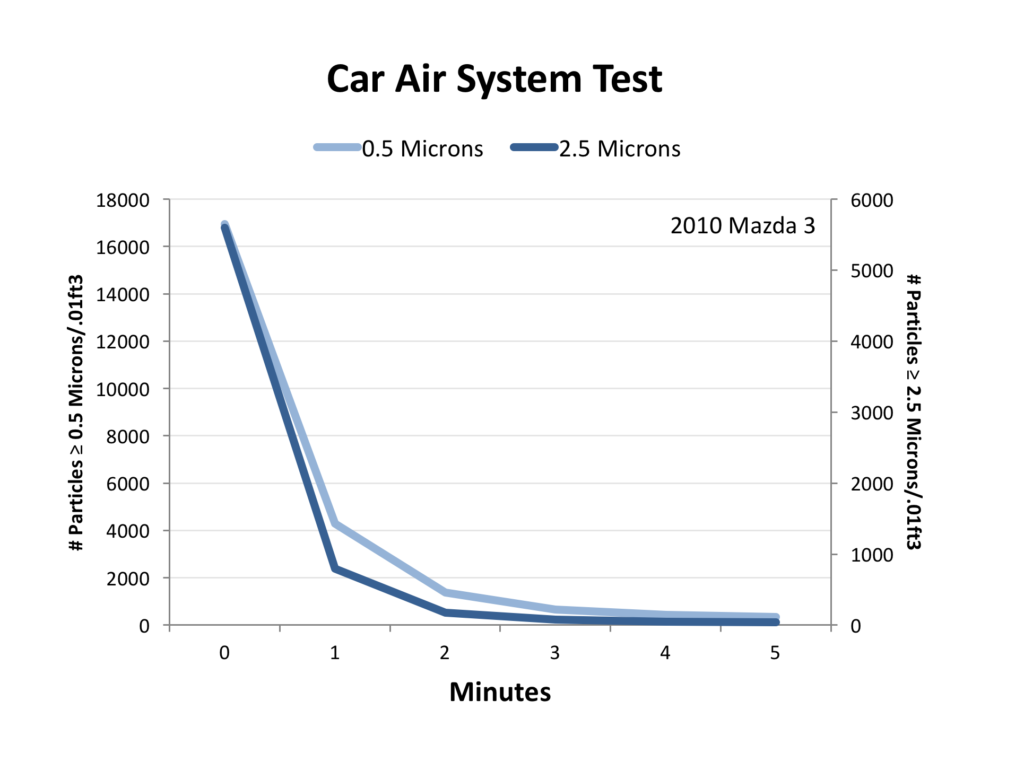 Since the Tesla graph reminded me so much of the Mazda data, I lined up the data sets to the same baseline particle level and put the graphs on top of each other. The red line is the Tesla data; the blueline is Ohad’s Mazda data. 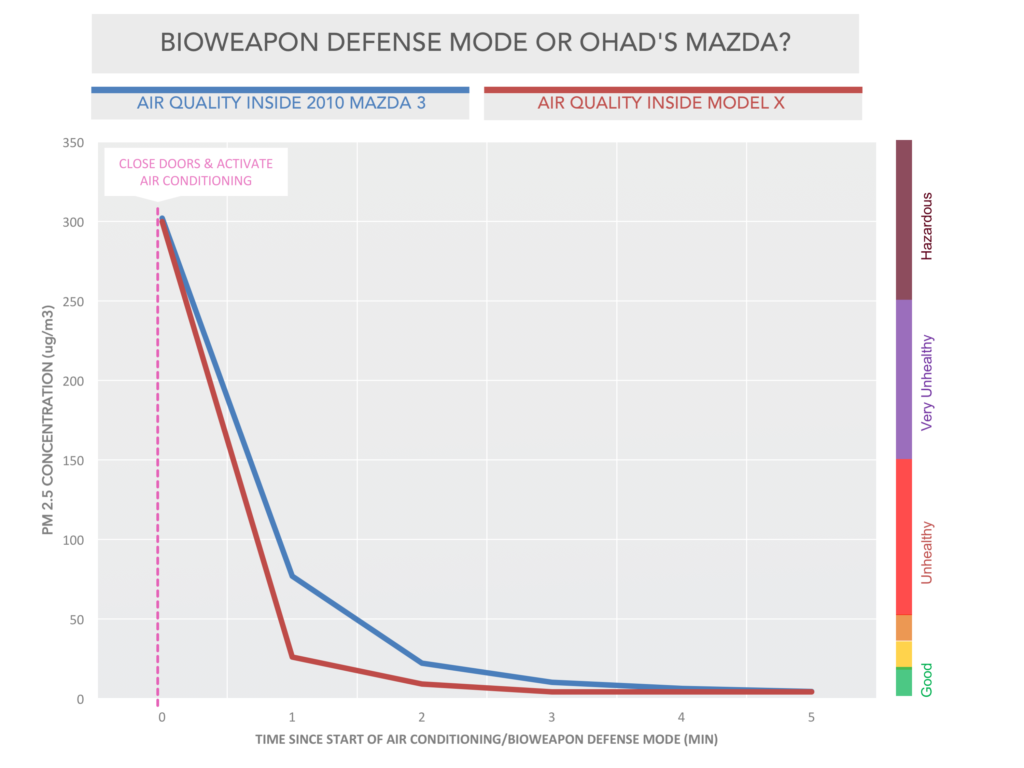 Ohad’s Mazda was almost identically strong—just about 30 seconds slower than the Tesla bioweapon defense mode. You can read more about the shockingly awesome car air systems in this test. Based on this data, I guess all car companies should start advertising their vehicles as bioweapon defenses.

I’ve tested this in more cars by calling Ubers in Shanghai and Delhi and bringing along my particle counter, and the results were similar (see one test here). Cars have filters in them, not just Mazdas. Those filters are not HEPA filters, but the data shows they do a great job of reducing particulate. Just make sure to: 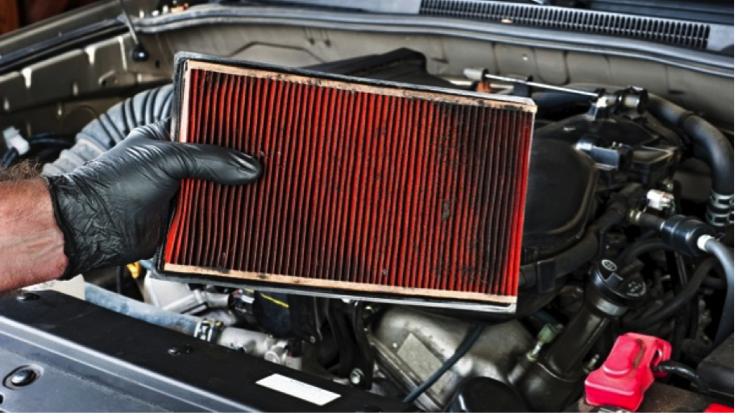 OK, OK, is there nothing special about the Tesla?

I should be fair to Tesla. Their system also includes an activated carbon filter. Regular cars don’t have that. 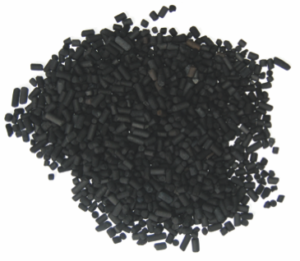 Our car filters can remove particles, but carbon can reduce certain gases, like ozone. In my mind, that’s what could really set the Tesla bioweapon defense mode apart (and what I would have suggested that they advertise), but they’re presenting tests of the thing that our cars are already really good at. Maybe my message will get through, and they’ll publish tests of gas pollutants.

For now, I decided to lend my marketing skills to spice up the marketing for Ohad’s 2010 Mazda:

“[Ohad’s Mazda] is not a marketing statement, it is real. You can literally survive a military grade bio attack by sitting in [Ohad’s 2010 Mazda 3].”

And I couldn’t help but ask Smart Air Photoshop Wizard Yongxin to photoshop Elon Musk next to Ohad’s Mazda: 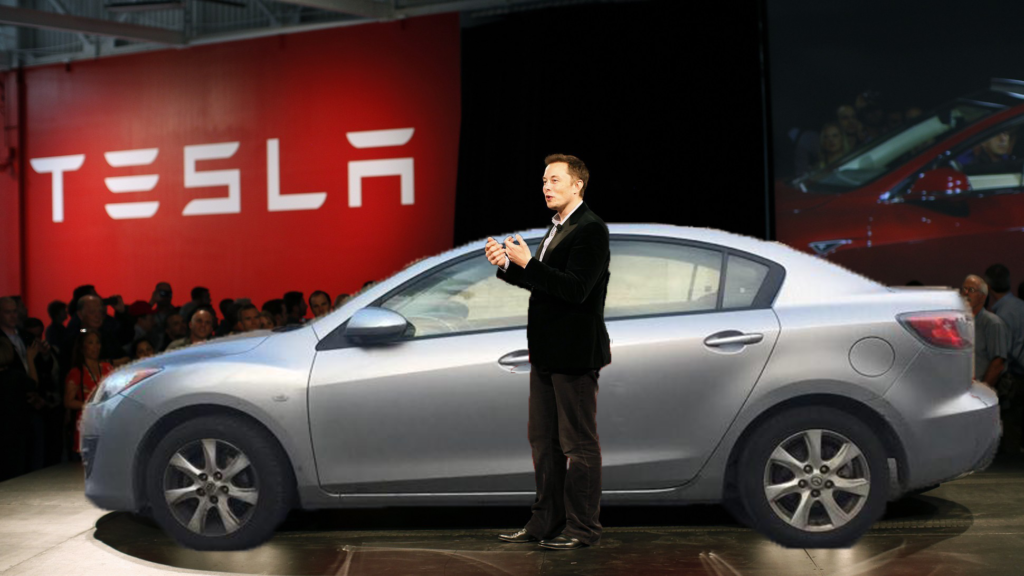 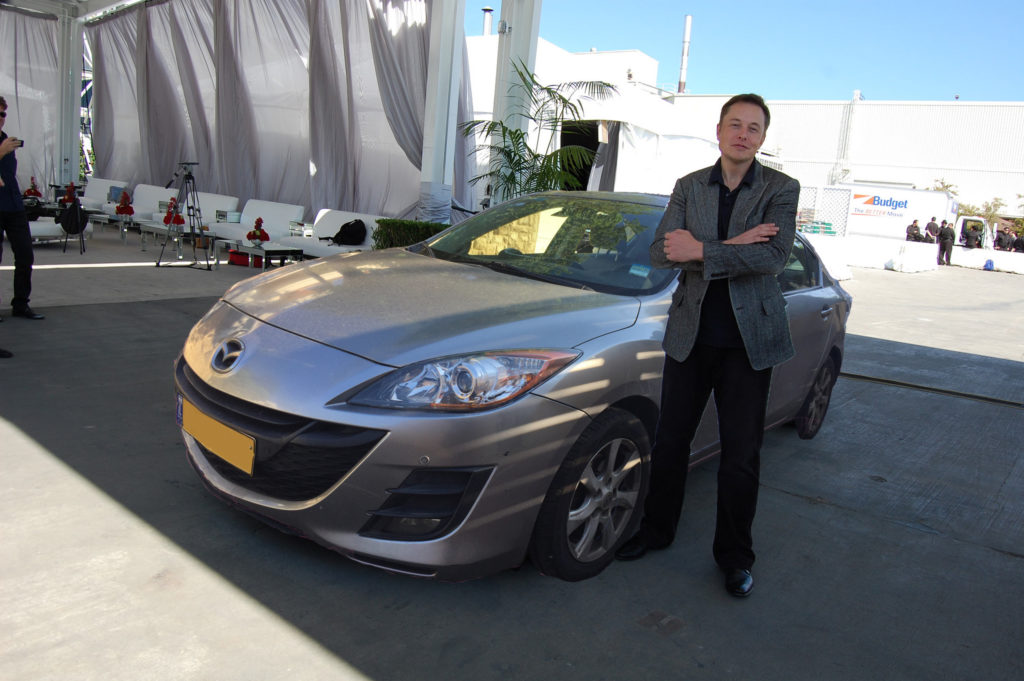 As always, I made the raw data for the car filter tests open source, along with more details on the methodology for fellow data nerds.

Want to learn more about Reviews? Join thousands more and stay up to date on protecting your health.