On paper, China’s “war” on air pollution is still underway. But with COVID-19 disrupting the first half of 2020, has air quality really improved?

Smart Air analyzed PM2.5 data for 11 of China’s major cities to get to the bottom of it. The data showed average PM2.5 reduced 9% compared to the first half of 2019.

Why Air Quality in China Improved in 2020

Why did China’s air quality improve in 2020? For one, the COVID-19 lockdown seemed to reduce air pollution. During the lockdown, fewer cars on the road and factory shutdowns helped reduce PM2.5.

At the same time, Beijing has continued its plan to lower the country’s PM2.5. For 2020, they set a year-on-year reduction target of 4%. The first half of the year has exceeded this target.

Breaking the data down city by city, only 2 cities saw an increase in PM2.5: Shenyang and Harbin. 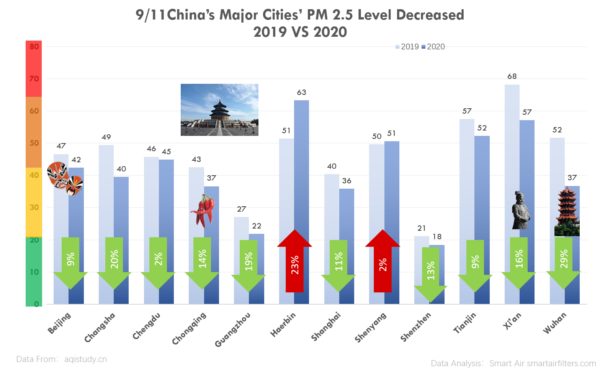 Ten other cities saw decreases in PM2.5. Perhaps not surprisingly, Wuhan led the way with a 29% reduction.

How on Earth did pollution get worse in Shenyang and Harbin? Analyzing the data month-by-month suggests an answer. These two cities had a very bad January and April–pre-lockdown and post-lockdown. Despite the reduction in PM2.5 in other months, January and April pulled the average PM2.5 for these two cities above last year’s levels.

Beijing started the year poorly, with higher pollution in January and February of 2020 than 2019. But the capital then saw a huge turnaround in the following months, giving Beijing an overall reduction in PM2.5.

Shenyang saw a small increase of 2%. This increase was due entirely to January and April.

Along with Shenyang, Harbin was the only other city in our analysis to see an increase in PM2.5. Yet this was not a small increase. Pollution soared a whopping 23%.

However, this increase came entirely in January and April.

Why Did Harbin and Shenyang Buck the Trend?

One reason the northeast saw increases might be straw. The northeast produces approximately 100 million tons of straw every year, most of which goes to waste. It’s possible that farmers burned more of their waste straw as while the country was on COVID-19 lockdown. 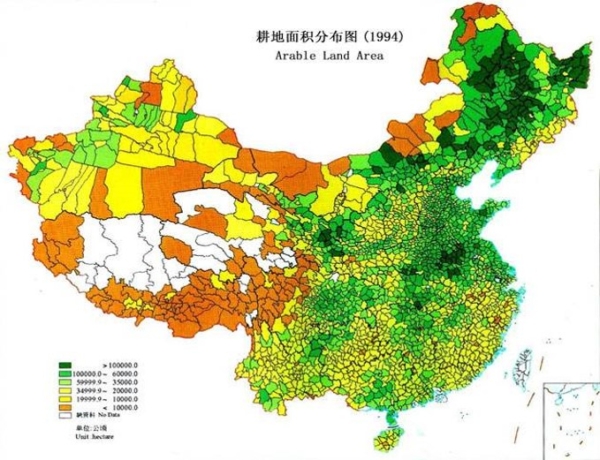 During February – April – when the COVID-19 lockdowns were at their height – the air quality was much better compared with 2019.

However, Shanghai saw a reversal in May and June. This is most likely due to the increased economic activity of the “back to normal” period. Data shows that there was an increase in a travel start to travel much more than March; passenger capacity increased 58% compared with March.

Each month has a very obvious decline, but the biggest declines were January and February. These are the months Wuhan saw its strictest lockdown.

The lockdown has helped lungs in Wuhan, which was China’s third worst in air quality the year before.

Despite the improvement, 2020 air quality is above the WHO annual limit of 10 micrograms in all of China’s 11 biggest cities. Even Shenzhen–known for its supposedly clean air–still averages roughly twice the limit. Harbin averages 6 times the limit. 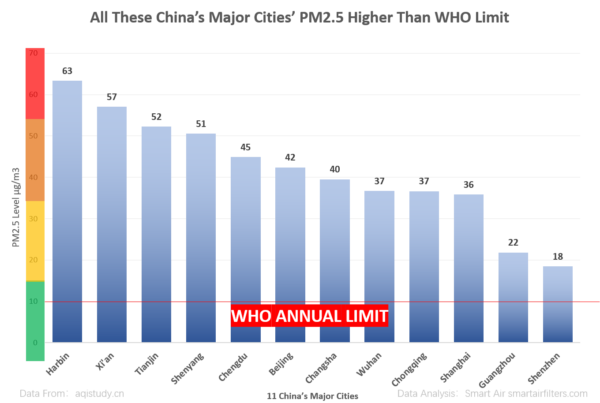 In China 2020 air quality improved 9% compared to the first half of the previous year. However, two cities in northeast China saw worse air, and all cities are far above the WHO annual limit. 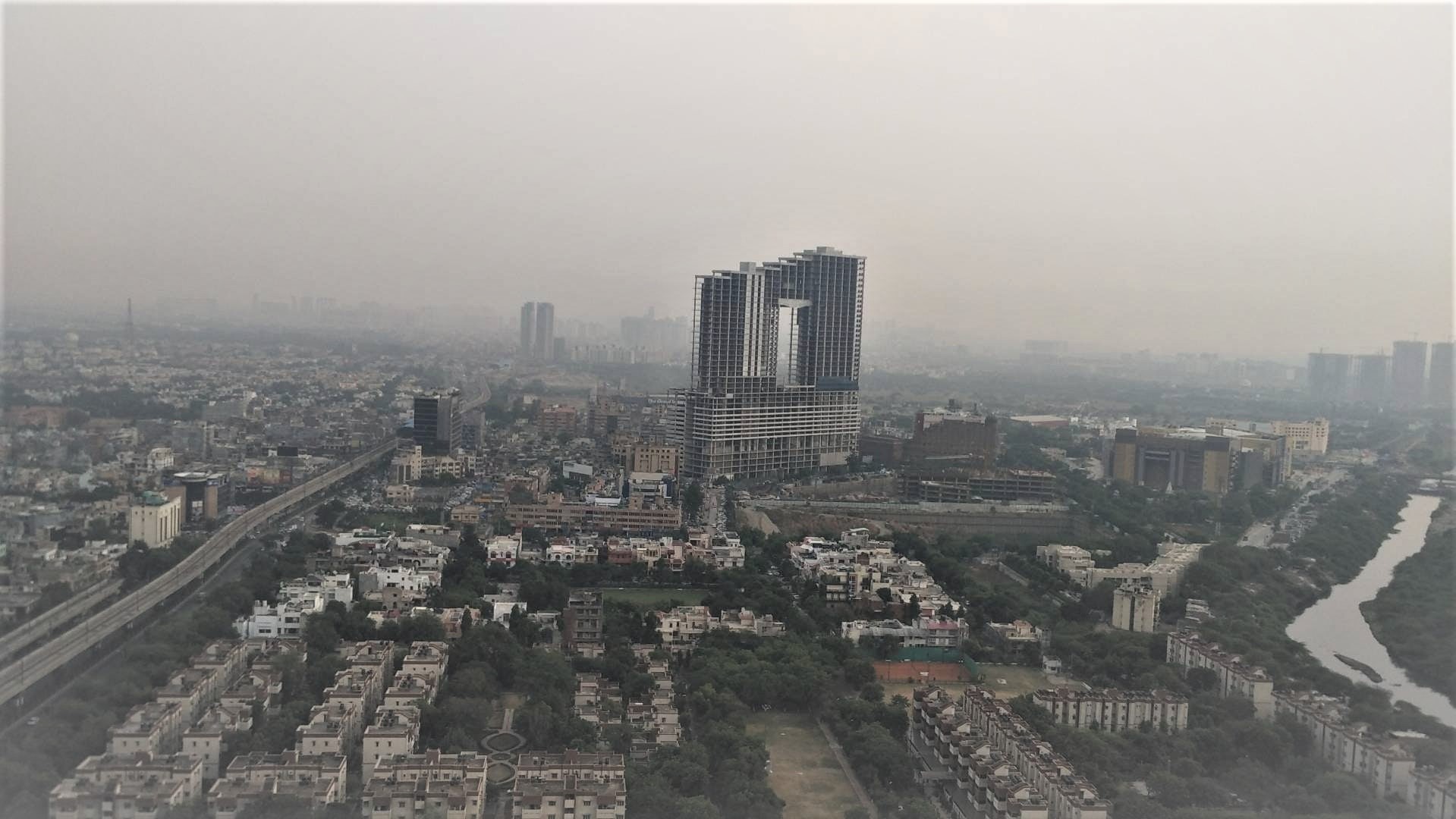