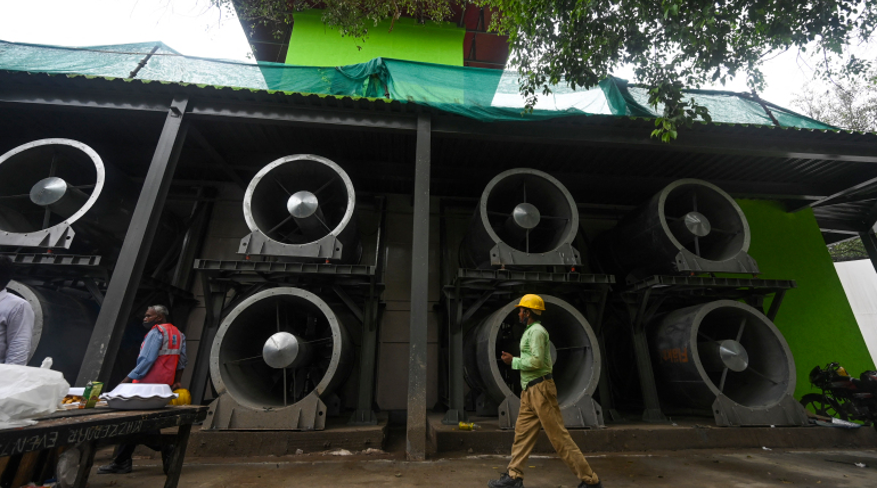 Delhi is one of the most polluted cities in the world. PM2.5 pollution levels reach more than 10 times the World Health Organization’s annual limit. To combat air pollution, the Delhi government recently installed a new smog tower in the center of the city. But will this Delhi smog tower have an effect on reducing outdoor air pollution?

How the Delhi Smog Tower Works

The Delhi smog tower is 24 meters tall and includes 40 large fans. The air is sucked in from the top and the filtered air comes out from the bottle of the tower. The tower consists of 10,000 filters to filter out particle sizes up to 0.3 microns.

The Delhi government claims that this smog tower can deliver clean air up to one thousand cubic meters per second. It also uses 8 sensors to measure the air quality before and after filtration.

How Effective is the Delhi Smog Tower in Reducing Air Pollution?

The smog tower has a display on it showing the PM2.5 levels of the air at the inlet of the tower (before purification) and at the outlet (after purification). The air entering the tower at the time had PM2.5 levels of around 120 micrograms. As seen below, the air coming out of the tower was around 61 micrograms, still 12 times higher than the WHO recommended limit. This means the air purifier tower removed around 50% of PM2.5 pollution from the air, which is far worse than a typical HEPA air purifier which removes at least 95% of PM2.5.

As shown below, the effectiveness of the smog tower lowers quickly from the original 50% the further you go from the tower.

Not the First Innefective Smog Tower

This isn’t the first outdoor air purification project. Similar smog towers were installed in Connaught Place, Delhi, and Xian, China. Data on the effectiveness of these “smog towers” was also not promising.

Dutch artist Daan Roosegaarde built an ionizing tower in Beijing and Tianjin, claiming it would clean the outdoor air. Independent tests found the air filter tower was not providing clean air even within 10 meters of the tower. Even a careful look at the team’s own modeling estimated only a 20% drop among large particles (PM10, not PM2.5), assuming zero wind, and only up to 20 meters from the tower. Thus, the tower was more art than science.

In 2020, Delhi’s annual PM 2.5 concentration was 89 ug/m3 and it’s highly unlikely that installing these smog towers would have any significant effect on Delhi PM2.5 levels.

Smart Air provides empirically backed, no-nonsense purifiers and masks that remove the same particles as the big companies for a fraction of the cost. Only corporations benefit when clean air is a luxury. 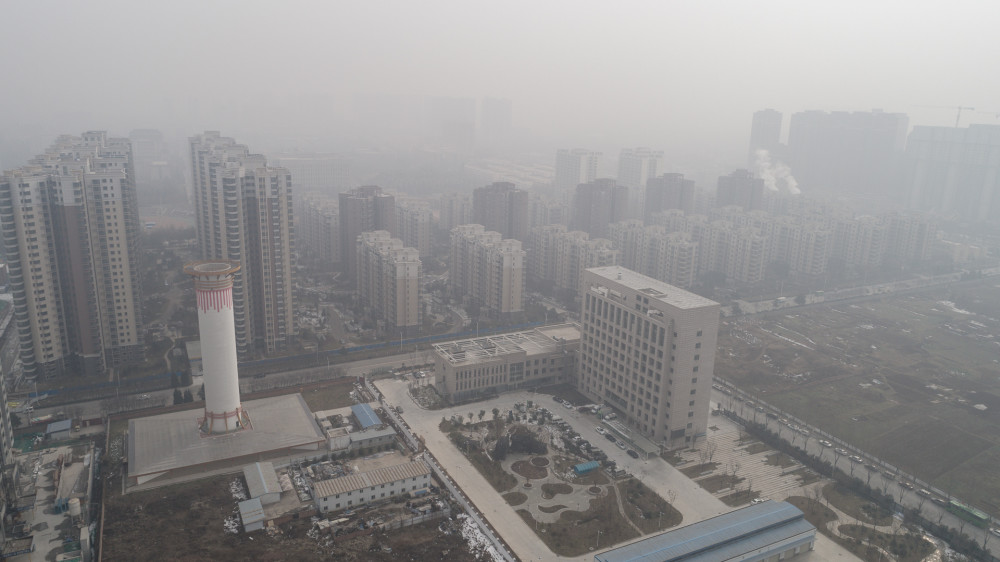 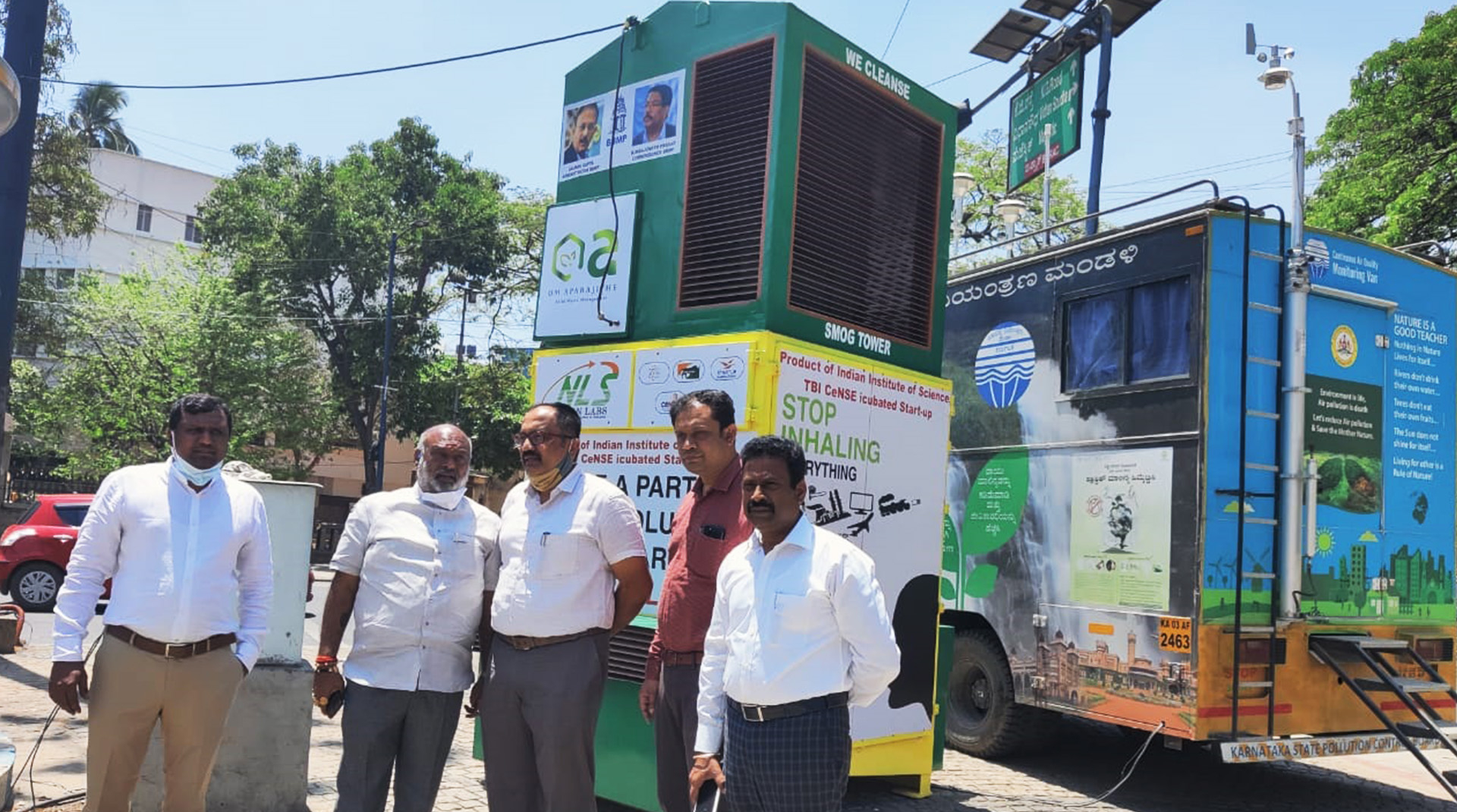 Bangalore Gets Its First Smog Tower, But Does It Work? 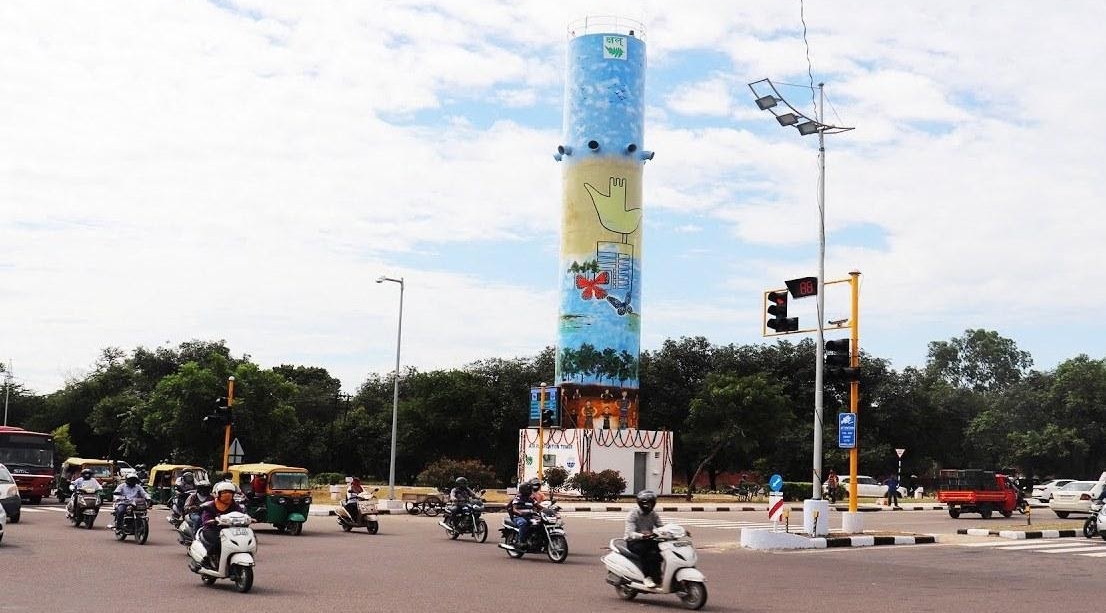 Chandigarh Gets Its First Smog Tower, But Does It Work?