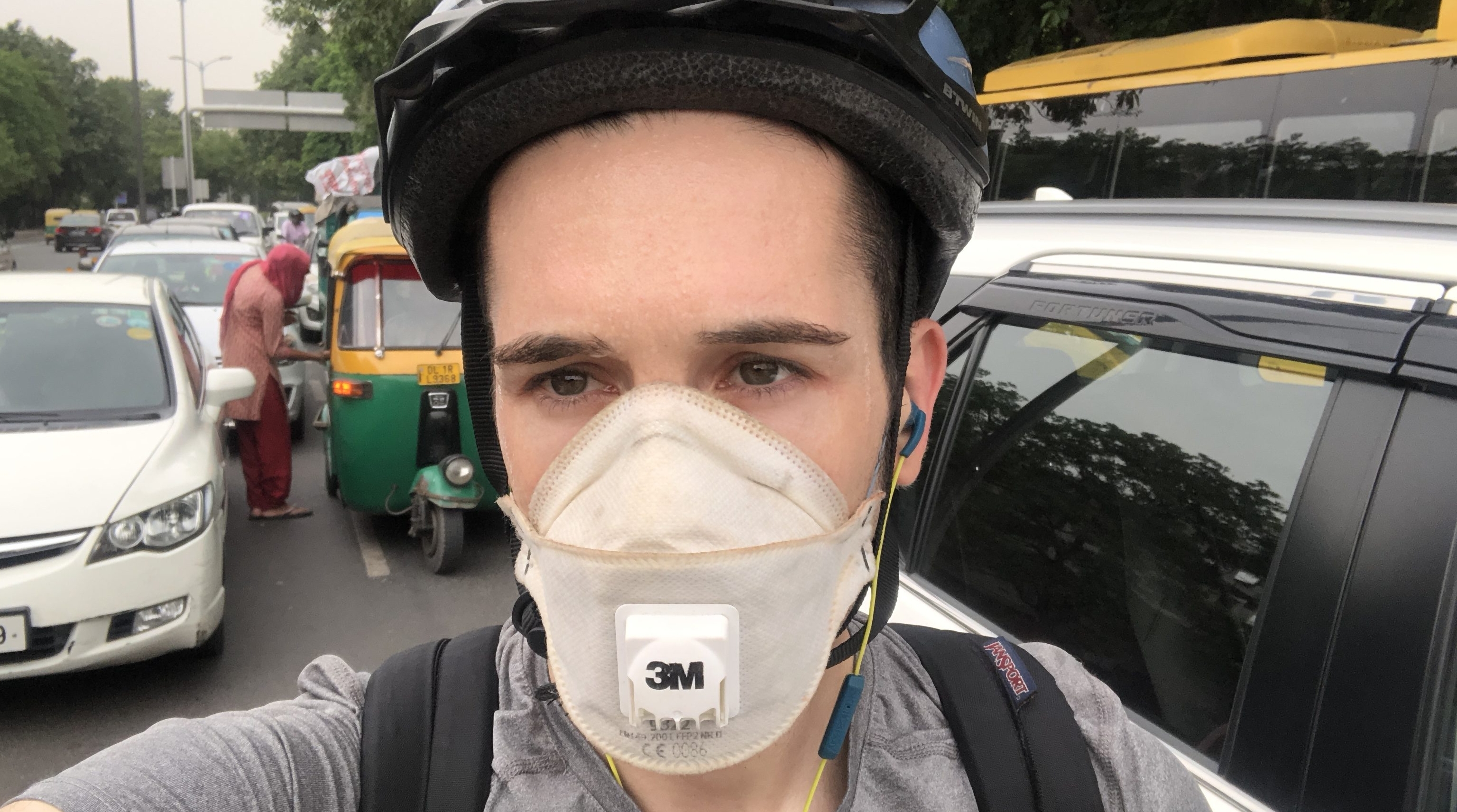 Air pollution is one of the biggest killers in Delhi. So, it would make sense to wonder whether exercising on a polluted day in Delhi does more harm than good.

Below is a picture of people exercising in Delhi with PM2.5 air pollution levels at 150 micrograms or an AQI of 250, classified as “hazardous”. Is exercising in this pollution dangerous?

Air Pollution Levels During the Airtel Delhi Half Marathon

Every year, thousands of runners participate in Delhi’s annual half marathon. In the past, doctors have called on the event to be postponed due to hazardous air pollution levels. In 2018, Delhi AQI nearly reached 500 as the air quality worsened around the time of the race.

How dangerous is running in these extremely poor air quality conditions? Let’s dive into and take a look at when exercise in Delhi air pollution starts to be come harmful.

The Point When Exercise Becomes Harmful

Researchers at Cambridge analyzed studies on the benefits of exercise and the harms of air pollution and tried to calculate how bad the air has to be for exercise to be harmful. There are lots of different types of pollution, but they focused on particle pollution (PM2.5), which the WHO says kills more people than any other pollutant. They used biking outdoors as the form of exercise.

First check out the green circle, the tipping point. Biking outside is beneficial to lifespan (in other words, “not dying”) up to about 70 minutes.

Then check out the red circle, the breakeven point.

At about 300 minutes it actually starts to become harmful. But at that point you’ve been biking for almost five hours, so you need a break anyway. But Delhi averages higher levels of air pollution. At what point does exercising in Delhi’s typical pollution become harmful?

In Delhi, estimates show the optimal amount of time to bike in typical Delhi pollution levels of 100 μg/m3 is 30 minutes. Up to this level, the health benefits of biking outweigh the harmful effects of pollution.

But keep in mind, this is only considering PM2.5 pollution. It does not take into account any gas pollutants like ozone or NO2. So the total effect of all air pollutants would be worse.

Also, the 100μg/m3 pollution level used here is only the average PM2.5 level in Delhi. Delhi’s air pollution can be a lot worse (or better) depending on the day.

Want to check when exercise becomes harmful for pollution levels higher or lower than Delhi’s average 100 μg/m3? Check out this chart to determine the optimal amount of exercise depending on the outdoor PM2.5 levels.

What about the Airtel Delhi Marathon?

According to the chart, assuming a run time of 2 hours for the half marathon, running would only start to be harmful after 2 hours if air quality levels were under 15 micrograms/m3 or around an AQI of 56. The run in total would have a negative impact on health at levels of 60 micrograms/m3 or AQI of 152.

Bottom line: At an average Delhi PM2.5 level of 100μg/m3, exercise outside without a mask is beneficial until the 30-minute mark.

Keep in mind this is an estimate. It is based on epidemiology research, but it uses lots of assumptions. There are lots of factors that could change the equation:

If all that sounds like a lot of assumptions and uncertainty, here are two ways to change that equation.

How I’m getting my exercise today in Beijing

Method 1: When I’m in Beijing, I solve this problem by wearing a mask.

These simple masks are as cheap as 50 cents, and scientific studies conclusively show they reduce particle exposure by well over 90% (I run through the evidence here). Solid random-assignment studies have also found that wearing masks just like these prevent effects on blood pressure and heart rate variability (I explain those studies here).

Here are results from several masks on my face and my colleague’s face:

So when I’m in Beijing and Delhi, I bike around all day getting good cardio exercise while breathing less particulate than people sitting indoors. And I don’t need to mess around with cost-benefit models!

Method 2: I work out indoors.

I tested air indoors and outdoors in Beijing and Shanghai (including at my gym!). The data showed that particulate levels indoors are only about 60% of outdoor levels, even in places that don’t use purifiers.

My results are almost identical to the US EPA’s much more rigorous tests.

Just make sure that the doors and windows are closed! The effect basically goes away in places with the windows open.

And if you want to limit exposure even further, you can workout at home with a purifier on to remove nearly all particulate pollution.

That’s how I manage to exercise and stay healthy while still getting to explore amazing cities like Beijing and Delhi.