Air purifiers work best in a closed room environment and this worries some who are concerned that there wouldn’t be enough oxygen coming in when all doors and windows are closed. Yet recent tests in a real apartment — with as many as seven people in a small room — show less than 1% change in oxygen levels in a closed room. 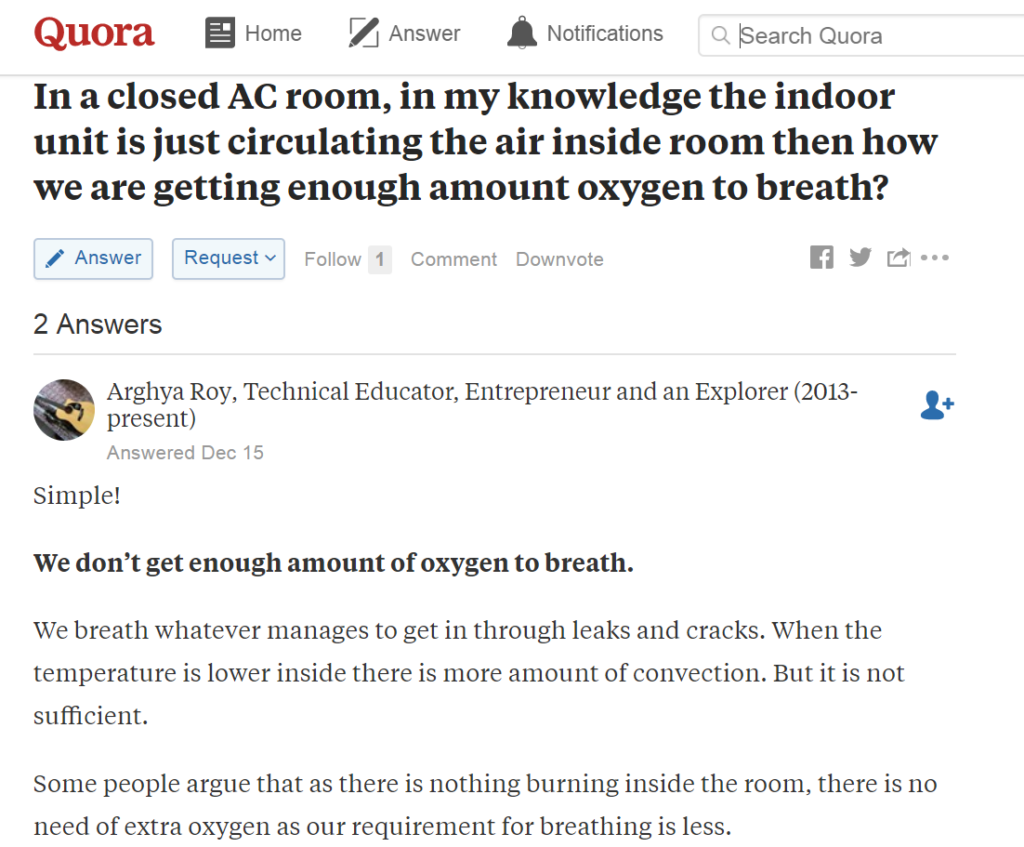 Playing on this belief, companies rushed in with products that fill this supposed void. For example, the popular Three Dad’s purifier claims to solve the oxygen problem by using “submarine technology” to create oxygen. 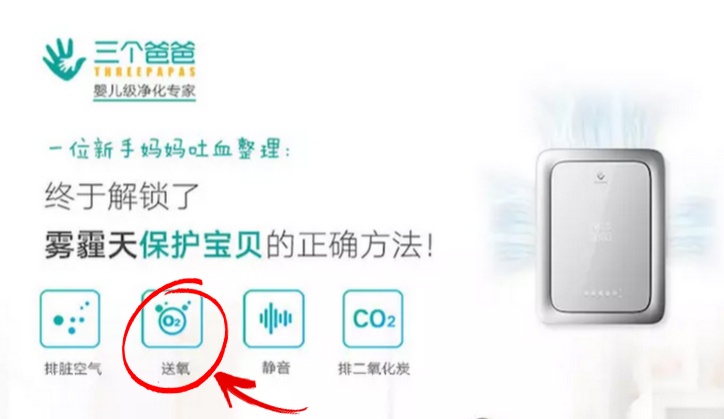 The logic is simple: The room is closed, humans breathe in oxygen, so oxygen levels should decrease over time. Or should it not? 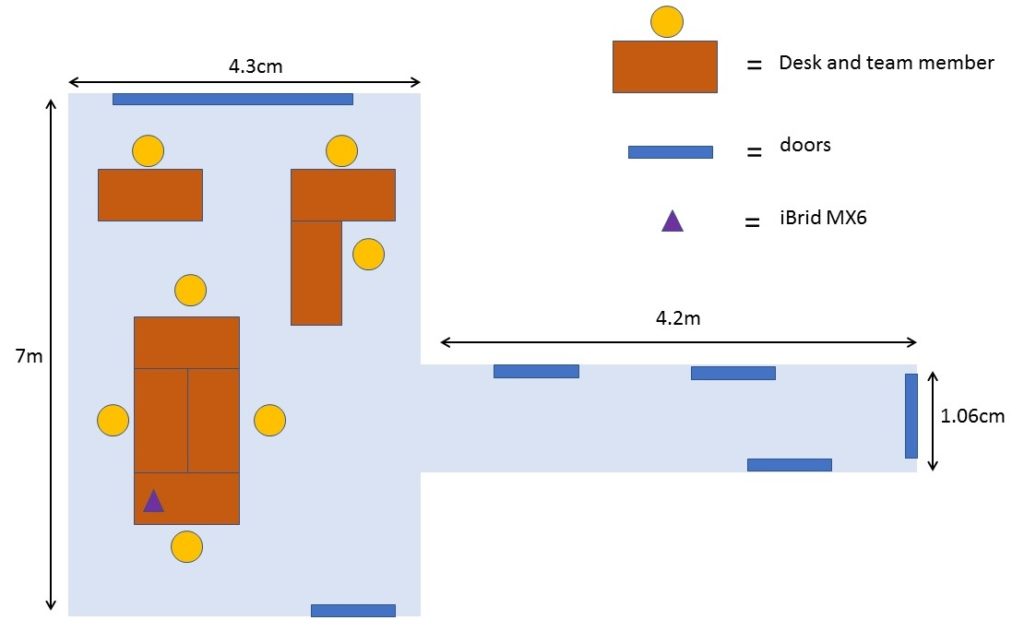 On top of that, the office windows and doors are sealed with insulation tape to prevent polluted air from getting in (the office has no central air system too). We tracked oxygen levels throughout normal workdays, keeping the door shut except for when people left and came back from lunch at midday.

Even in these extreme conditions, oxygen levels showed almost no change. By the end of the day, oxygen levels had dropped by 0.3%. Simply put, humans don’t take in as much oxygen as we think we do. Based on oxygen alone, estimates are that an average person could survive in a completely sealed room for 12 full days! 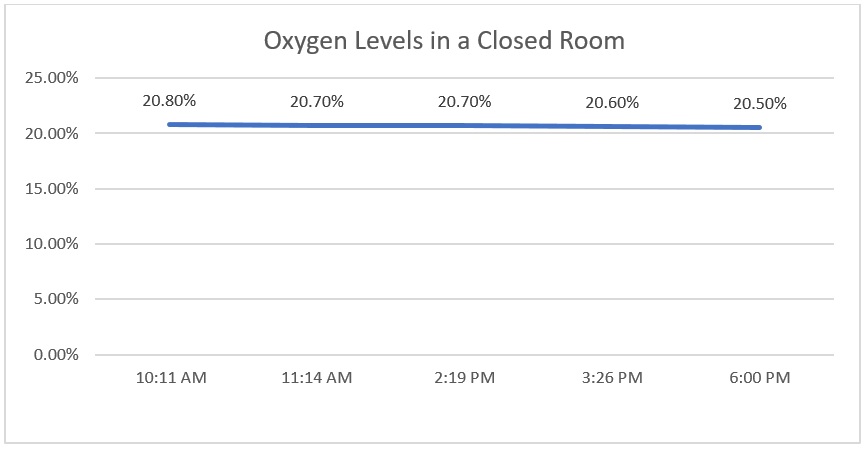 The Change Is in Carbon Dioxide

While oxygen levels are pretty much constant over the day, what does change is the amount of carbon dioxide in the air. Tracked by the Air Visual Node, carbon dioxide levels went from 0.08% to 0.35% — more than tripling over the course of a day! 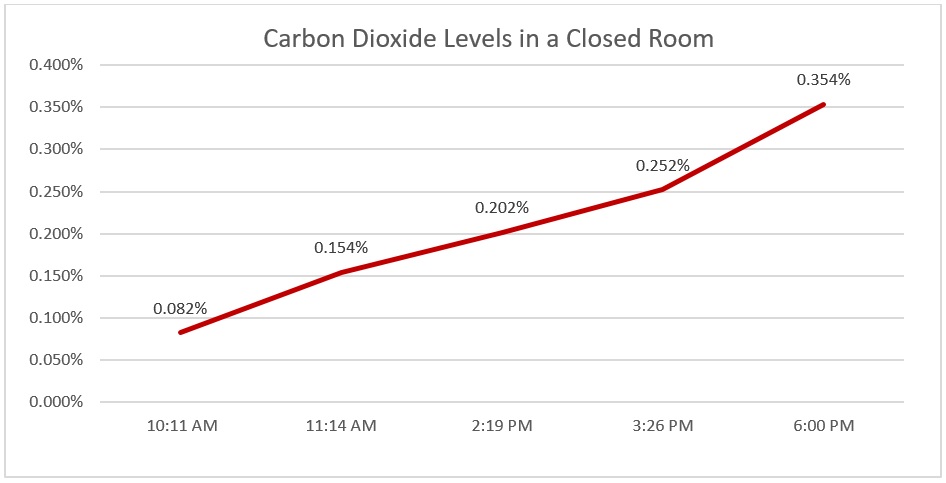 How Can Carbon Dioxide Triple when Oxygen Remains Unchanged?

If humans breathe in oxygen and breathe out carbon dioxide, how can one remain almost unchanged while the other skyrockets? The key is that regular air has a lot more oxygen than carbon dioxide. Oxygen constitutes about 20%, while carbon dioxide is only 0.038% of the air. Thus, carbon dioxide is capable of tripling from such a small number, while oxygen is mostly unchanged. 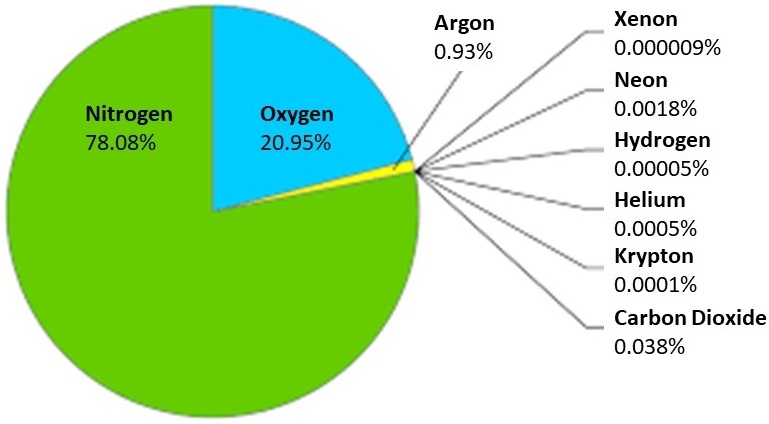 Carbon Dioxide Can be Harmful

Although we don’t have to worry about running out of oxygen, too much carbon dioxide can be harmful. At levels in the Smart Air office during the test (1,000-3,500PPM), people felt drowsy and may even perform worse on cognitive tests.

Yes, periodically opening the windows will let in polluted outdoor air, but our tests have found that purifiers, take the Cannon and Blasts for example, can cut PM2.5 levels by 50% in just 10 minutes after closing the windows. 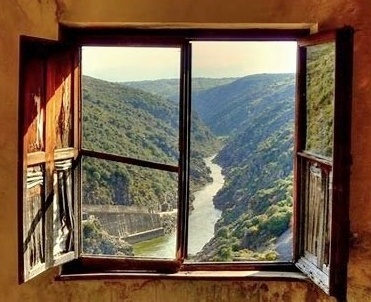 If you have a strong purifier, open the windows by just a bit and leave it there. Our tests have found that purifiers can still be effective even when the window is left opened.

In indoor spaces, oxygen levels are not of much concern even though CO2 can be. So the next time you come across a marketing hype about purifiers that claim to create oxygen, you know you don’t quite need that. Breathe safe (and smart) folks!