HEPA filters are a nearly perfect solution for air pollution. They are backed by tons of scientific tests; they’re pretty cheap; they use about as much energy as a lightbulb; they even have documented health benefits.

Just about the only remaining problem is that you have to throw out the HEPA filters every few months. So wouldn’t it be great if we could clean them and re-use them? Here we’ll try and answer how to clean HEPA filters.

People have lots of opinions! On the question-answer site Quora, I’ve seen people say you can clean HEPA filters by banging the HEPA to get the dust out:

…or to clean a HEPA filter vacuuming it

…or even wash it. Then I’ve seen other people say you can NEVER wash a HEPA.

But one thing I haven’t seen is anyone actually test the question. Well now I’ve got data. That’s because CK from Smart Air decided to test out the best way to clean a HEPA filter. Here’s CK’s story. 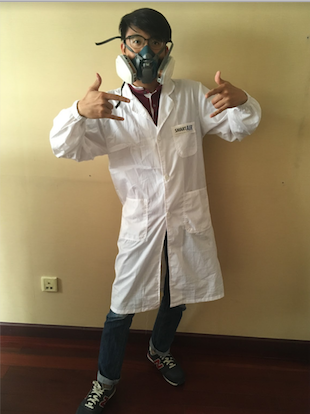 First I tried vacuuming a HEPA. I took a dirty HEPA filter, ran tests on its performance, vacuumed it, and then ran more performance tests. In all, I tested 8 dirty HEPAs given to us by avid Smart Air users! They all used in China for between 2-4 months.

Air Flow: I measured air speed coming out of the HEPA before and after washing. 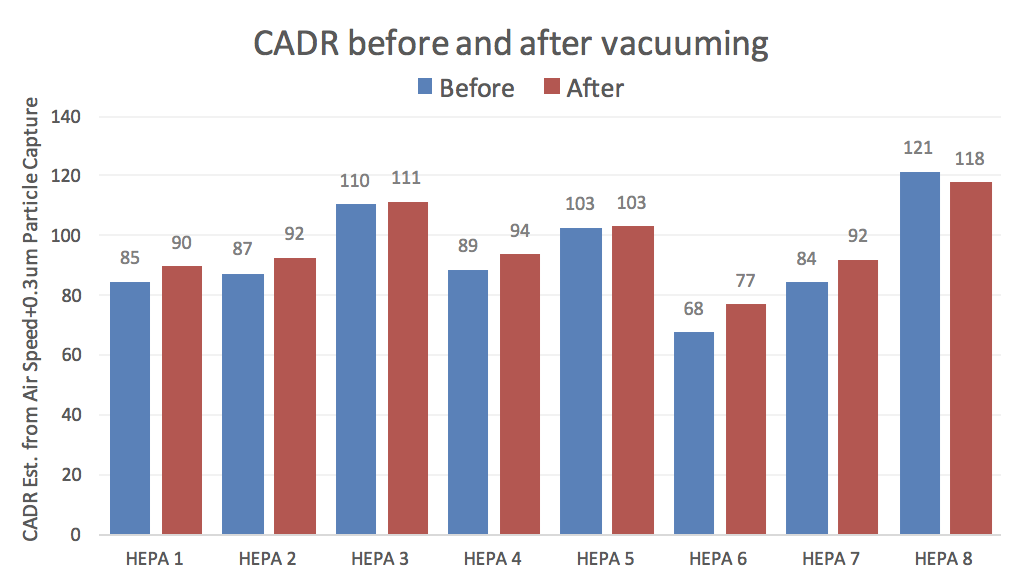 On average, vacuuming increased relative CADR by about 10%. But there was also a lot of variance, ranging from a 14% increase to a 3% decrease. Based on that data, I’d say cleaning a HEPA by vacuuming it might help a little, but there’s also a decent chance it’ll do nothing at all.

HEPAs are made of thin fibers. The vacuum is probably pulling out some of the larger dust particles from the HEPA filter, but at the same time some of these fibers as well. You can see what looks like fibers that have been pulled loose in this picture. 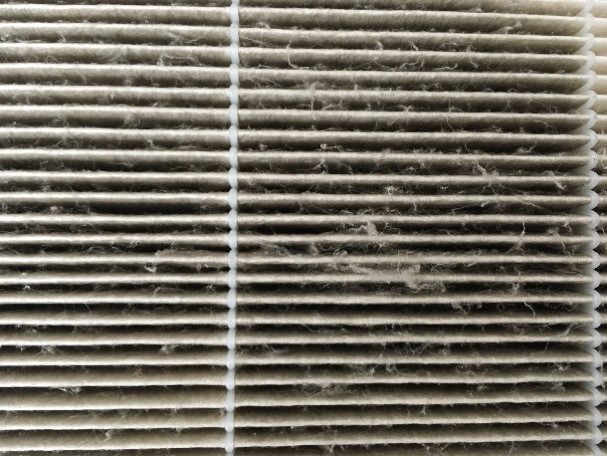 In short: There may be a slight benefit of vacuuming HEPAs, but the benefit is small, and it can also damage the HEPA. Therefore, we do not recommend vacuuming.

So, what if we wash them instead? I used the same 3 filters that were vacuumed before and washed them under a shower head. Then I gave them a day to dry.

I stopped testing after 3 trials because the results were so conclusive: cleaning the HEPA through decreased effectiveness by an average of 32%. 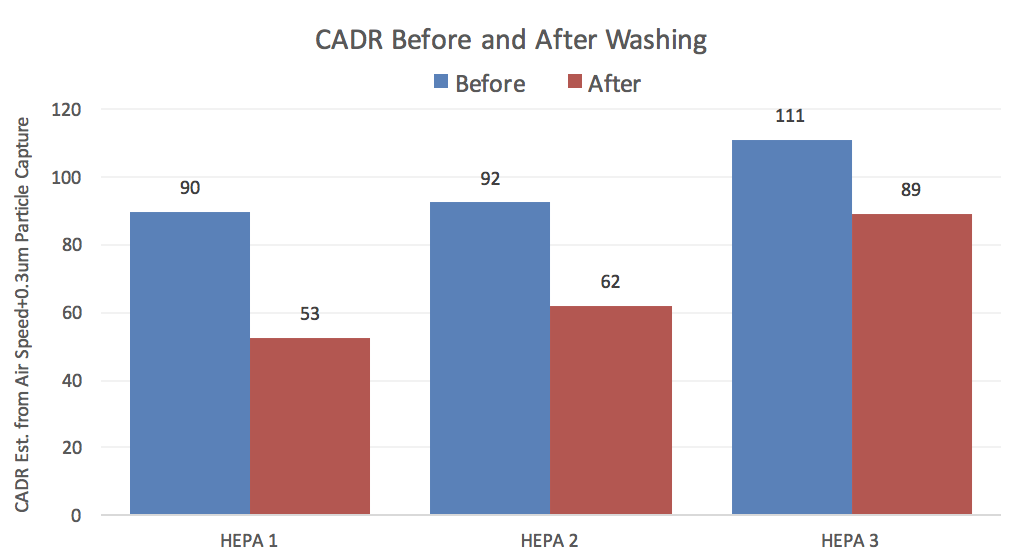 Why Was Washing So Bad for the HEPAs?

To get to the bottom of why washing was so bad for the HEPAs, I looked at wind speed and particle capture before and after washing the HEPA. 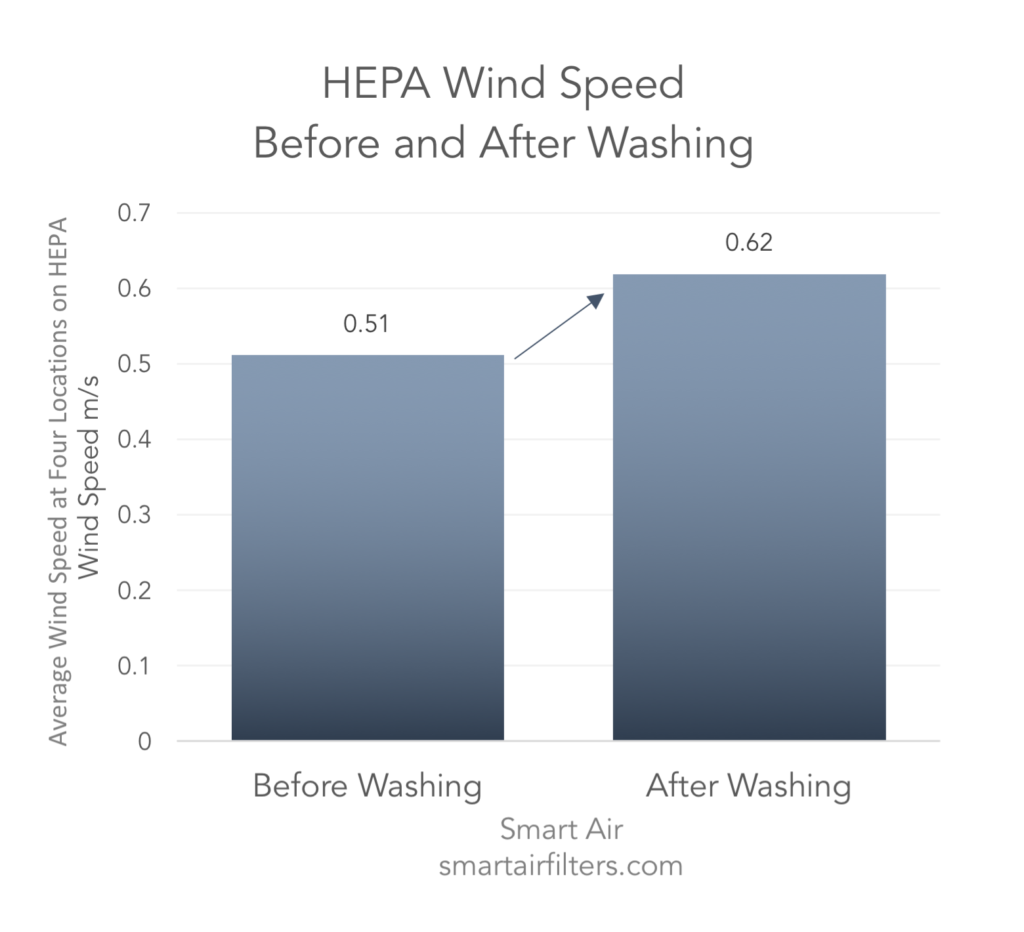 Great, right!? But then particle capture actually went down a lot after washing. 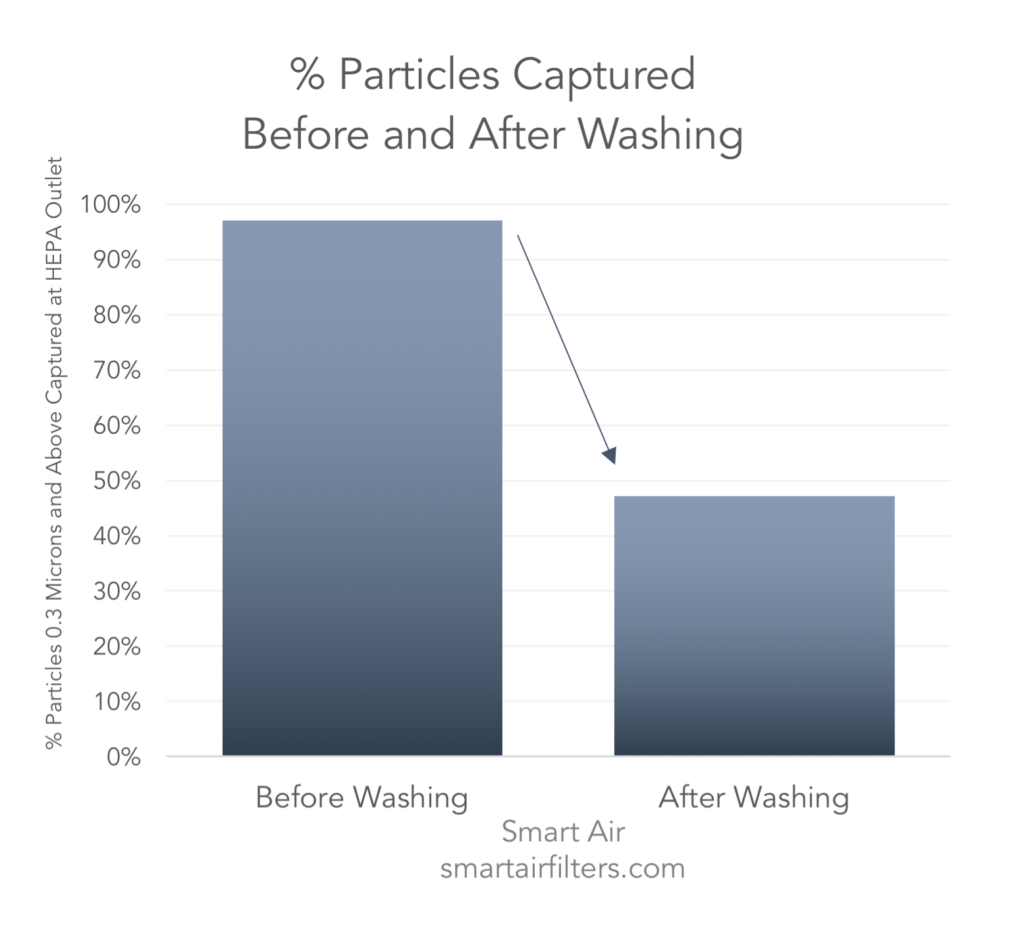 Washing the HEPAs probably broke some of the fibers or pushed the gaps between the fibers larger. That would explain why more air passed through after washing, but also more particles!

In short: Washing HEPAs with water breaks down the HEPA material and so is not recommended.

Based on this data, it seems it really is not possible to clean your HEPA filter. We still recommend replacing your HEPA when its effectiveness drops. When is this? We tested this with the Smart Air DIY air purifier found replacing after 140 days is best. For the larger HEPAs, like those in the Blast and Blast Mini purifiers the huge surface area means they can last over 1 year.

Own another purifier? Learn why the standard numbers might not always be accurate.

You can learn more about the testing methods, and view the original data in the Supplemental Data article. Click here to learn more.