When I started Smart Air in 2013, I wanted to buy an air quality monitor. I had basically two options. I could buy a US$260 Dylos or spend thousands of dollars on the crazy expensive particle counters. Since then, the market has exploded with new air quality monitors as cheap as 99 RMB. But are they any good?

Putting Pollution Monitors to the Test

To get to the bottom of it, Smart Air tested three popular pollution monitors on the market: the Dylos DC1700, the Kaiterra Laser Egg, and the Node.

The Dylos is the trusty particle counter Smart Air has been using since 2013. We’ve used it to perform purifier comparison tests, and air quality tests in places like China and India.

The AirVisual Pro (formerly the AirVisual Node) is a fancier version, including a large screen, pollution forecasts, and even a CO2 monitor. We placed the machines outside the Smart Air office in Beijing, on Dongzhimen Waidajie. That’s about 1.3km away from the government PM2.5 monitor at the Agricultural Exhibition Center. We ran the machines for six days. The Laser Egg and the AirVisual Pro give output in PM2.5 micrograms, and the Dylos gives number of 0.5 micron particles. As a result we converted it to PM2.5 micrograms using the semi-official formula (0.5 microns – 2.5 microns)/100.

Here are the results for the first (72-hour) test outside our office in Beijing: Next we tested days with extraordinarily low PM2.5, over a period of 48 hours. That’s helpful because concentrations in homes—where most people use pollution monitors—are also typically low. We know this from tests we’ve done on air quality in Beijing and Shanghai. So with this data we should be able to test how good the devices are at measuring low concentration levels.

Eyeballing both graphs, all three machines did a pretty good job of tracking the official numbers. Combining both tests, we found that both the AirVisual Pro and the Laser Egg correlated r = 0.98 with the official PM2.5 numbers. For non-nerds, 0.98 is incredibly close to identical! The Dylos had the lowest correlation at r = 0.90, but still incredibly high (and similar to our previous test). These correlations are all extremely high, suggesting that they’re all tracking government data well. 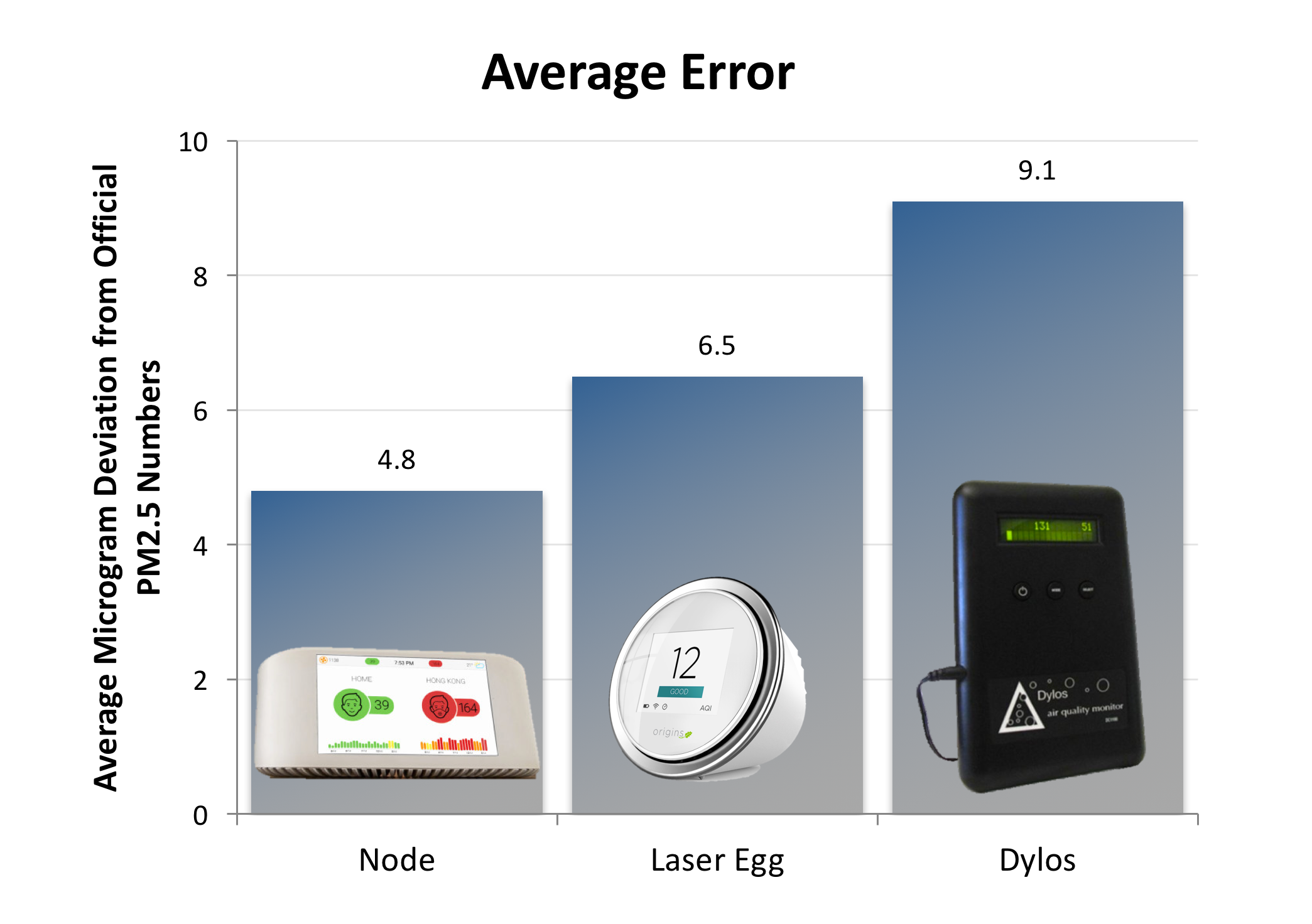 To test accuracy at extremely high concentrations, we burned a cigarette in a closed 15m3 room. Our goal was to see how well the particle counters were at reading concentration levels over a whole range of values, including toxic levels. With the help of cigarettes and a partner NGO in Beijing, we managed to get the concentration above 1,000µg/m3!

For this test we also had another machine (Sibata LD-6S) on hand as a reference. This is an industrial PM2.5 dust indicator, with an accuracy of ±10% and repeatability error of ±2%. The LD-6S was used as our baseline monitor.

Overall, the three particle counters were reasonably accurate compared to the government machines. They’re all suitable for giving an approximate indoor air pollution (AQI) reading  in your home. Of all three, the AirVisual scored the highest. It had the lowest deviation from the government machines, and the highest accuracy in the “crazy bad” test.

The Dylos easily loses this fight. It has no phone connectivity, and downloading the data is a terrible pain—and that’s if you have one of the old school pin connecter cables. With new, much cheaper particle counters now on the market, the price is also far too high for what you get.

The Laser Egg is an entry-point pollution monitor. It gives reasonably accurate results with a simple interface. It’s not feature rich, but it does what it says on the box. The Laser Egg is a great low cost way of testing the air in your home–ideal for making sure your purifier is doing the trick.

To our eyes, the airVisual offers the best features. For starters, it can measure CO2, temperature, and humidity. That makes it more of an ‘environment monitor’ than just a particle monitor. If you have indoor sources of air pollution (VOCs) like new furniture or remodeling, high CO2 levels can mean that those indoor pollutants are building up. However, at 1,480RMB (over $200) it’s not cheap.

After passing our tests, we will start shipping the Laser Egg air quality monitor and the AirVisual Pro through our stores in China, India, and Mongolia. They’re both great options for anybody wanting a solid device for both home use and research (if you’re a nerd like us). Go take a look!

Over the next few months, we hope to get a larger pool of air quality monitors together and run more extensive tests. This is only the beginning! Once we’ve independently verified more devices, we may well be adding them to our shop as well. 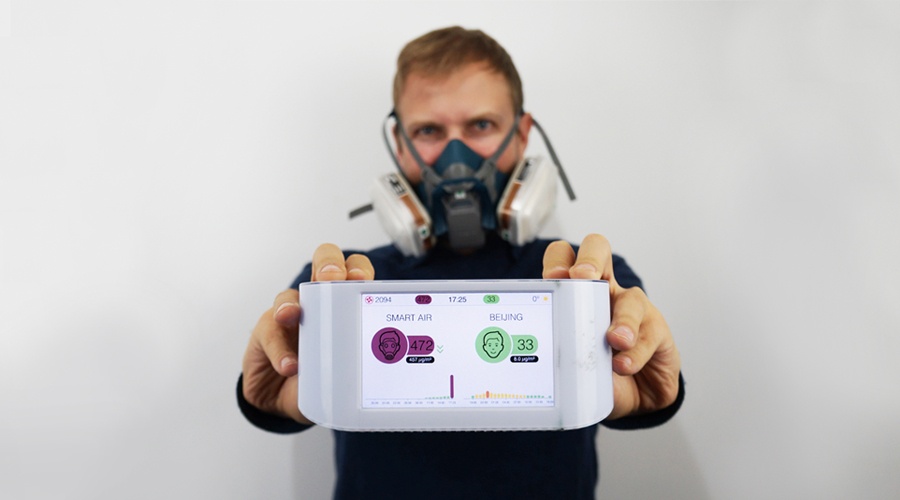