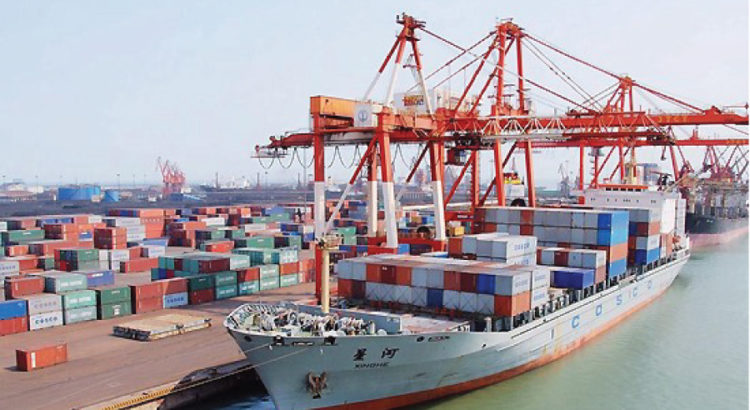 There are reasons to be pessimistic about the air quality in Tangshan. Tangshan is a largely industrial city in Hebei province, which is the industrial heartland of China and one of the most polluted provinces. Tangshan also boasts one of China’s top 10 busiest ports.

To get some hard data on this question, Smart Air analyzed PM2.5 air quality data from the Berkeley Earth Project from 2014-2018. The data revealed good news and bad news for the lungs in Tangshan.

Despite 2018 being Tangshan’s best year for air quality on record, the PM2.5 still averaged 54 micrograms, which is over 5 times the WHO annual limit. That’s bad news for the lungs in Tangshan because studies have discovered that even levels around 10 micrograms affect our health.

That also puts Tangshan much higher than major developed cities like Paris, Berlin, and London.

Is The Improvement in Tangshan’s Air Quality A Mere Stroke of Luck?

Not quite. The Chinese government has been taking big measures to reduce air pollution, particularly in northern regions like Hebei. This finding is also in line with our earlier analysis, which found that the PM2.5 northern China have improved faster than in southern China.

How Tangshan’s Air Varies Within A Year

Breaking down the data month by month shows that Tangshan’s pollution is lowest in the summer, dipping to an average of 50 micrograms. In the winter, PM2.5 soars to a heart-stopping 100 micrograms—10 times the WHO annual limit.

Cities around the world show this seasonal pattern in pollution, such as in India and the US. Air pollution is worse in the winter because air tends to stick closer to the surface of the earth when it’s cold.

Bottom line: In the past 5years, Tangshan’s PM2.5 level dropped by 46%. However, even at its best, the air pollution in Tangshan is more than 5 times the WHO annual limit.

Reducing Tangshan’s PM2.5 would bring meaningful benefits to residents’ health. Residents can take the following measures to protect themselves from air pollution:

Smart Air is a certified B Corp committed to combating the myths big companies use to artificially inflate the price of clean air. To help people living in polluted cities like Tangshan protect themselves, Smart Air provides empirically backed, no-nonsense purifiers and masks, thereby helping to lower the cost of clean air.