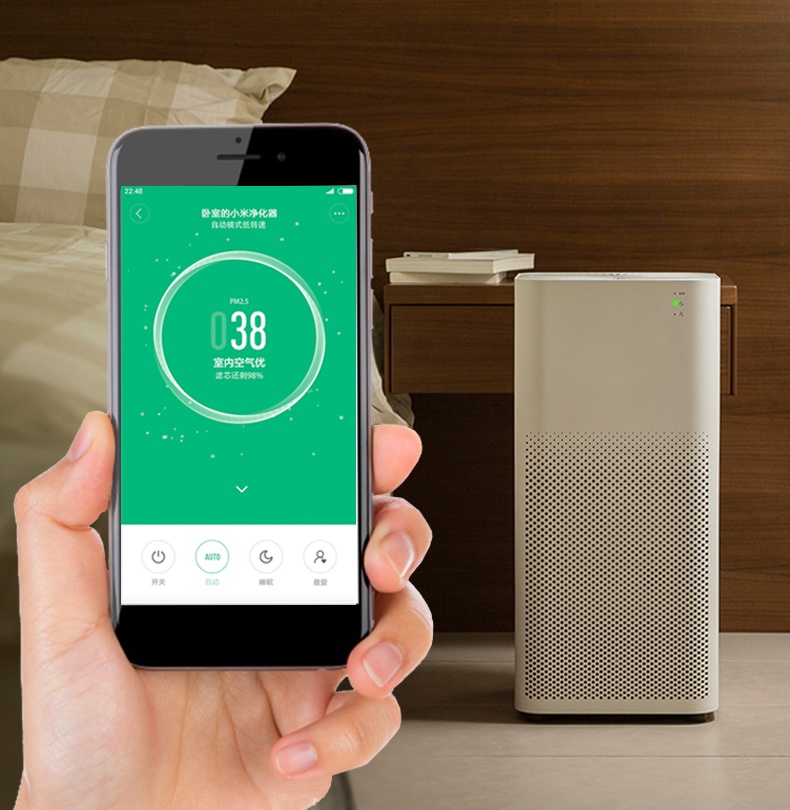 Test Methods: These tests were identical to my previously published tests, details of which can befound here, here, and here.

Original Data: The original data for all 13 tests is available as an Excel file here

It’s important to note the average outdoor PM2.5 during tests because purifiers achieve smaller percentage reductions when outdoor air is really bad. According to the US Embassy, outdoor PM2.5 was 128.2 micrograms during the Xiaomi tests and 108.4 during the Philips tests. The tests were done in the winter, so these averages about normal for Beijing.

Theoretically, if the auto mode is working as it’s supposed to, outdoor air pollution shouldn’t matter. If air is bad, the machine should just spend more time in high mode.

If outdoor pollution gets a lot worse during the test, that could make it seem like the purifier isn’t working well (although again, if auto mode is working like it should, that shouldn’t matter, at least pollution exceeds the ability of the high setting). But to be conservative, I re-analyzed the data with fluctuations in mind.

During the Philips tests, outdoor air was remarkably stable. The only large fluctuations worked in the Philips’s favor (falling during the test). During those two days, the Philips averaged 50.9% reductions in 0.5 micron particles, so no big difference.

During the Xiaomi tests, outdoor air varied a lot. Outdoor PM2.5 fell on some days and rose on some days. The fluctuations didn’t seem to matter much. For example, on the most extreme day, outdoor air rocketed from 178 micrograms to 467, yet the percentage reduction was right near average (65% versus 61%).

In sum, with the auto mode tests, I think outdoor fluctuations are less important than when the purifier is on a constant setting. Instead, a lot rides on whether the auto mode has decided to turn on at the moment the Dylos takes a reading. That introduces randomness into the results, although with enough tests, the randomness should smooth out.

Converting Dylos 0.5 Microns to PM2.5: As in previous tests, I converted the Dylos 0.5 micron counts to PM2.5 ug/m3 by dividing them by 100. In prior tests, this semi-official formula from Dylos worked pretty well.

Can you really not keep the Xiaomi 2 on high setting?

Apart from the tests we have done, we went to Xiaomi directly just to confirm on this. Here’s what they say:

Smart Air: Is it not possible to keep the purifier on Favourite mode?

Xiaomi: No, it’s not possible

Smart Air: I heard a friend say you can use the Xiaomi App to keep the purifier running on Favourite mode.

Xiaomi: It’s not possible to keep the purifier constantly running on favourite mode