Tech companies love to talk about how automation, internet of things, and the connected house are going to make the machines we use every day more convenient. But does it work? Anyone who’s used Apple’s Siri or “talk to text” feature know that the promises of technology sometimes fall short.

Here’s the Xiaomi air purifier, the Mi2 to be precise. 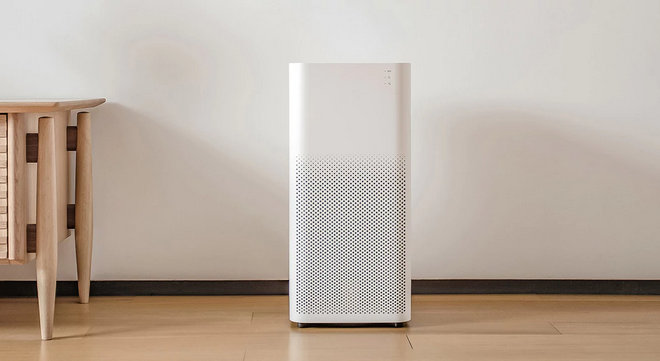 And here’s the air quality readout coming from a small particle on the side of the machine. 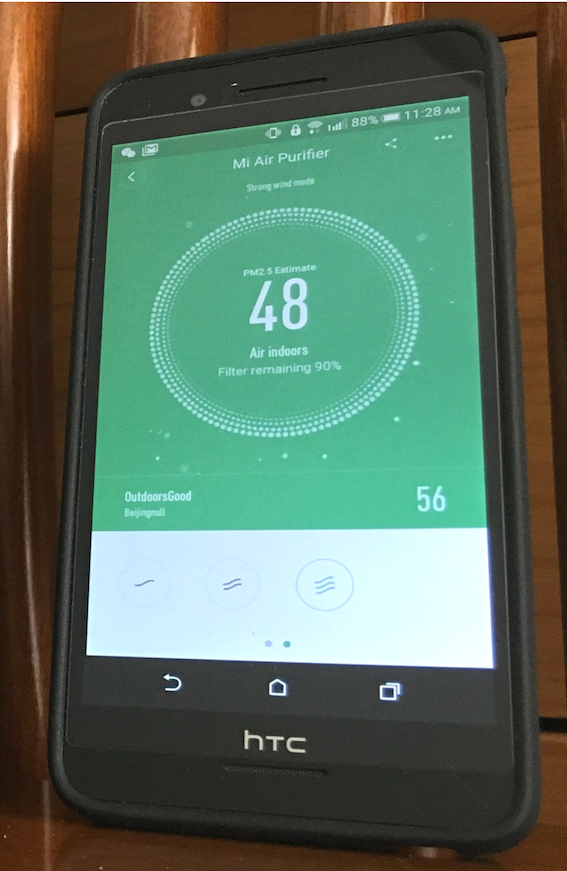 And here’s what it promises to do—detect how bad air is in your home, turn the purifier on when air is bad and turn it off when air is good. If it can do that, it means we can breathe clean air without the fan on high all the time. That’s awesome because it means less noise and less wasted electricity. 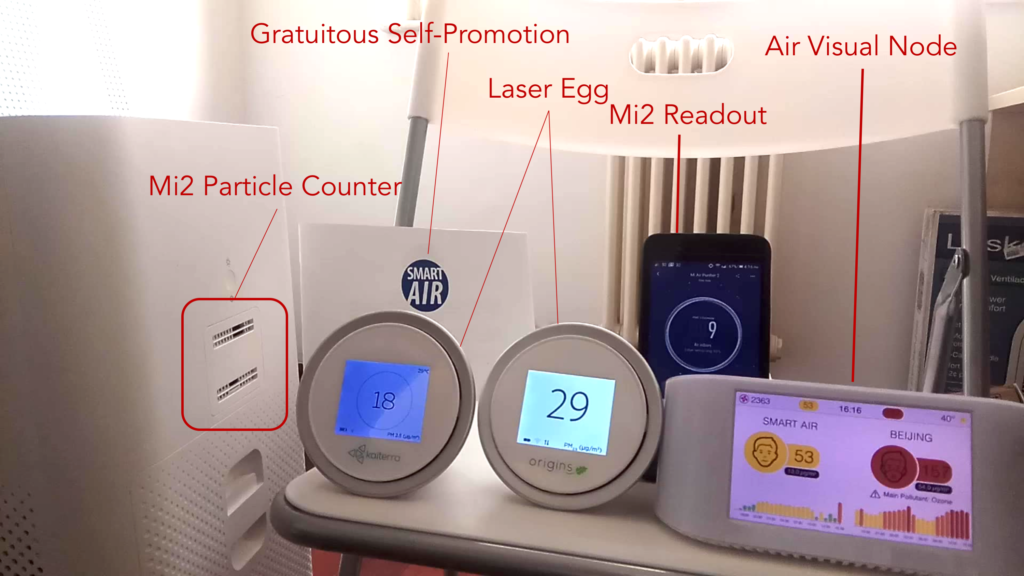 So what are realistic expectations? I don’t ask for it to be great. All I ask is that that it works well enough to do what it’s designed to do—run the auto mode. 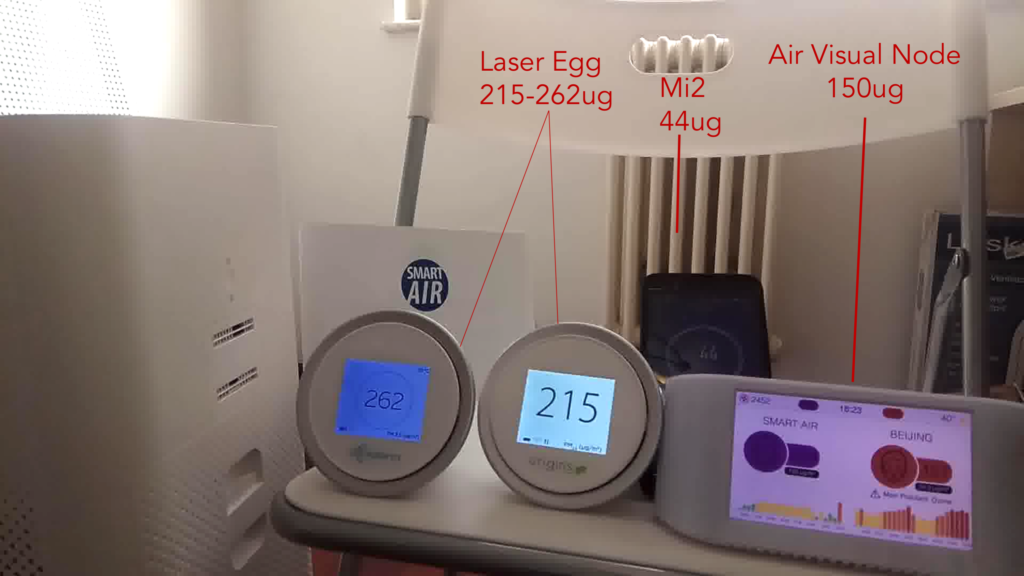 The Xiaomi seemed like it almost stopped counting past 50 micrograms. At that rate, the Xiaomi was saying the air inside was at orange or “unhealthy for sensitive groups” when it was really in the purple “very unhealthy” range.

OK, so the Xiaomi undercounts—severely at times. It turns out that’s not the only problem. If we zoom into the low range, the Xiaomi was overcounting. 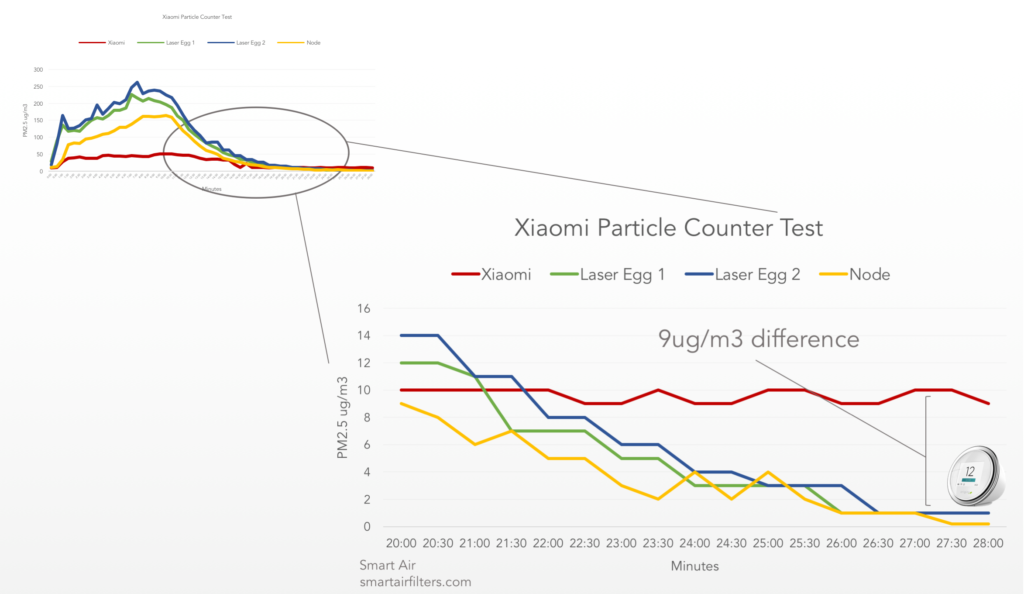 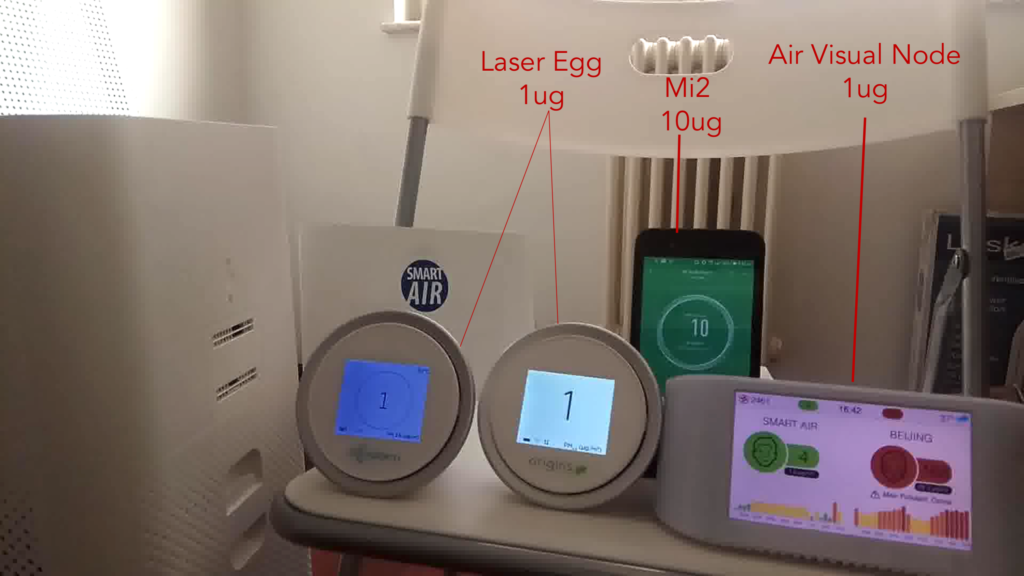 Maybe the Mi2 I got was just broken. Maybe the shipping guy dropped the machine on the way to my home and damaged the particle counter.

To test that possibility, I tested an older Mi1 against the Dylos Pro (which also scored wellagainst the official PM2.5 numbers). The results showed the same pattern as the Mi2. 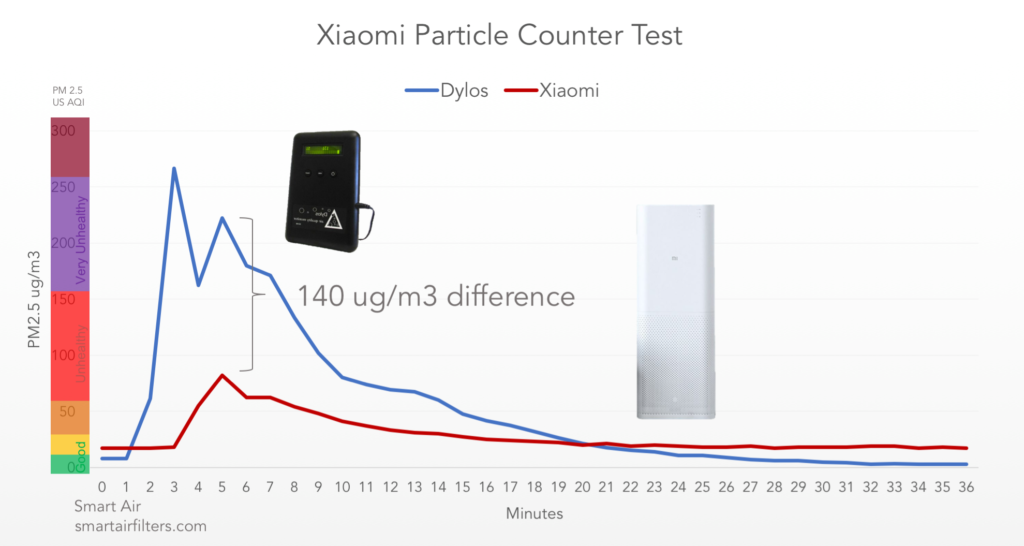 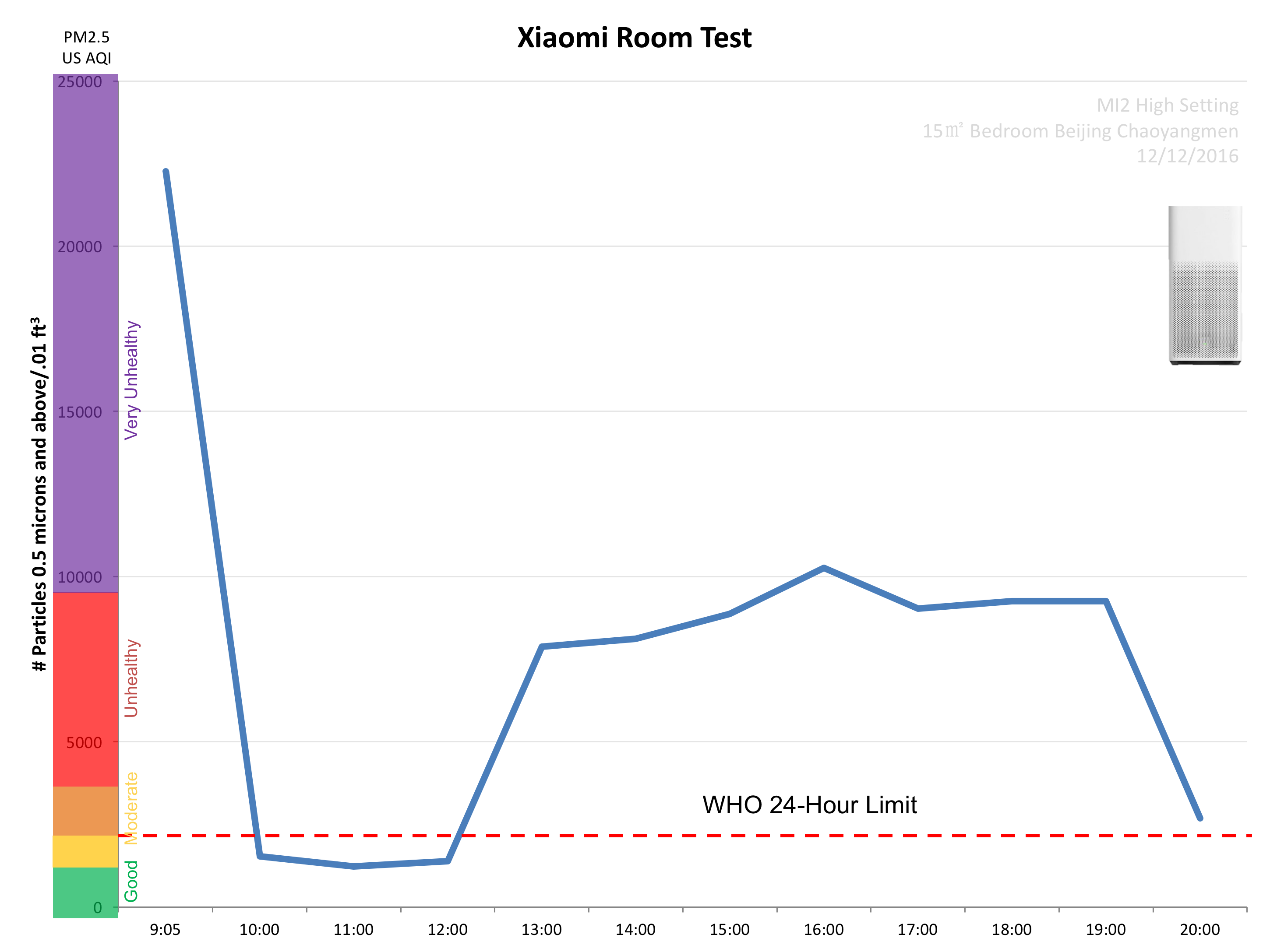 I tested the Mi2 in the Smart Air office and the Mi1 at my home, so the room and methods were slightly different. In the office, I burned a cigarette to make the particle counts go up. At home, I don’t have any cigarettes, so I burned a piece of paper.

The size of the office room was 12m2. My room at home was larger, probably closer to 15m2.

Is the Xiaomi inaccurate because the particle counter is inside the machine?

What are the Xiaomi numbers exactly?

One frustrating part of the Xiaomi is that it doesn’t label the air quality numbers. Are they micrograms, China AQI, US AQI, or something else? I can’t understand why they wouldn’t label the numbers.

This isn’t just a nerd concern. It could really affect the results because the relationship between micrograms and AQI isn’t linear. 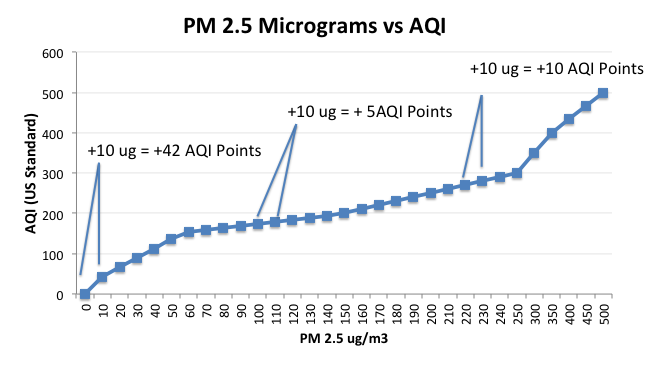 If you dig around deeply enough through the Xiaomi, they do say that the numbers are micrograms. Thus, I compare micrograms to micrograms in the analysis.

Can the Xiaomi get below 10 micrograms?

The lowest number the Xiaomi registered was 9 micrograms, while the Node was registering 0.2 micrograms and the Eggs 1 microgram. That made me wonder, is it even possible for the Xiaomi to display numbers below 9? Is it programmed not to go below that number?

Why Were the Node Numbers Low?

In the main graph in the article, you’ll see that the Node numbers were lower than both of the Laser Eggs. The Node I used in the test was about a year old (although the Laser Eggs weren’t new either). One problem with older particle counters is that dust accumulates inside the machine and restricts the air flow. The guy behind AQIcn.org tested an old Dylos and found it was undercounting when concentrations were bad. Then he cleaned out the dust inside with compressed air and found it got up to higher numbers.

I suspect the same thing was happening with the Node in our tests. That can be a particular problem when the particle counter is subjected to really high levels of particulate, like in our cigarette tests.