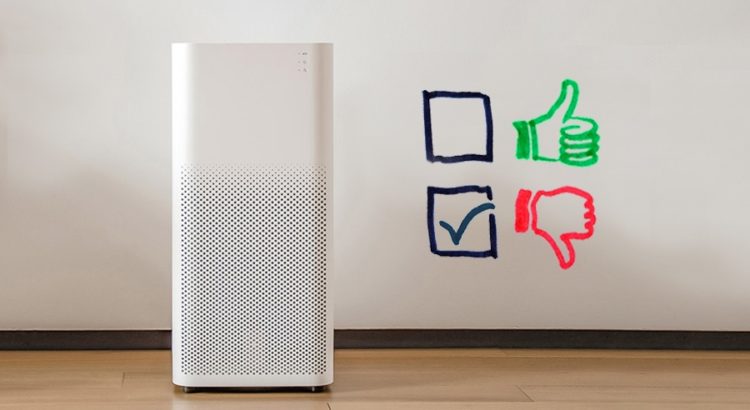 Ever since I coughed through a Beijing airpocalypse, I’ve been saying clean air doesn’t need to cost an arm and a leg. I set up the social enterprise Smart Air to put out open-source data on purifiers and provide low-cost purifiers to people in places like China and India based on that data.

Anna turned the purifier on in the morning when she left home, and turned it off when she returned home, so there was no one in the home during the tests. The doors and windows were closed during the tests. (More details on the test method and all original data are here.)

The Xiaomi purifier scored as one of the worst purifiers I’ve ever reviewed. On average, it removed only about 60% of 0.5 micron particles over the last 4 hours of the test.

And oddly enough, the auto mode and the high mode results were nearly identical. That’s a mystery.

Here’s how the Xiaomi results compare to earlier results from other purifiers using the same method, same particle counter, in the same room.

The data shows the Xiaomi performed worse than the $30 DIY purifier I’ve been showing people how to make for years!

The Xiaomi Really Wants To Be in Auto Mode

You can see the noise remaining high for three hours, then it returns to the ups and downs of auto mode:

The data shows that the Xiaomi has a loose standard for “safe.” The Xiaomi is turning off when PM2.5 reaches 40 micrograms, which is far higher than even the WHO’s 24 hour limit. And it’s far higher than levels where we know PM2.5 has serious health effects from empirical research. Then it turns on again when PM2.5 gets up to 70 micrograms—almost three times the limit.

Really? It won’t stay on high?

The fact that the Xiaomi air purifier can’t be kept on continuously all night is so strange that Anna asked Xiaomi customer service about it twice to make sure we’re not making a mistake. They confirmed that, no matter what, the machine will go back to auto mode after three hours (full transcript available in the supplemental materials).

How often is the air unsafe?

I calculated the percent of hours that the air was unsafe during the tests using this rule:

After the purifier was on for at least 1 hour, for any hour where outdoor air pollution was unsafe (> 25 micrograms – the WHO 24-hour limit), how many hours was indoor air also unsafe (>25 micrograms)?

Maybe the Xiaomi Mi2’s auto mode is using the looser Chinese standard for clean air of 35 micrograms. Yet even with that high number, it was still above the limit 77% of the hours the Xiaomi Mi2 was running.

Update: we subsequently ran tests on the particle counter inside the Xiaomi Mi2, and what we found was shocking.

Wait, are you sure?

I wanted to be really careful about this review. I’ve seen other tests showing that the Xiaomi 1 works just fine, including these tests from Dr. Saint Cyr (although I’ve seen people write about flaws too, such as this guy who kept the filters wrapped in plastic, turned it on turbo mode, and the app told him his air got miraculously cleaner). So I double and tripled checked the data:

None of these analyses changed the result (see details here).  Note however, that we did only test one Xiaomi Mi2 air purifier, so there is a possibility another machine would perform differently. I invite anyone with a Mi2 to replicate my tests using the same method, and I’m happy to publish the results.

From this data, my conclusion is that the fan and the filter are fine, but the Xiaomi air purifier has a programming flaw. Even if I use it on the highest setting, I’ll be breathing air far above the safe limit for most of the night. That’s a problem.

Is it just a Xiaomi problem?

To be fair, I cannot recommend any auto mode I’ve tested. I’ve tested the Philips AC4072 on auto mode, and it averaged 59% reductions in 0.5 micron particles, which is pretty close to the Xiaomi results. So I think this is more of a problem with auto modes rather than the Xiaomi specifically.

Yet I can still recommend the Philips. Why? It can stay in medium or high as long as you want, and test data shows it works fine all night as long as it’s not on auto mode.

I’m confident that Xiaomi can fix this flaw by simply allowing people to run it on high without reverting back to auto mode. But until that happens, I cannot recommend using the Mi2.

As always, I’m publishing more details on the test method and the original data for fellow nerds.

Review Update: July 2018
Some users have reported that they are able to get their Xiaomi air purifier to remain in ‘high’ mode using the ‘automation’ feature of the app. For more information, check out this comment by Ryan, and this image showing how to set up auto mode. Breathe safe!