Why Does it Feel Like Very Little Air is coming out of the Blast and Blast Mini Air Purifiers?

The Blast and Blast Mini air purifiers have been designed to have a very large air outlet. That means the air coming out of the purifiers can spread out over a large area, lowering noise levels. To visualize this, imagine blowing really hard through a straw. Now imagine blowing air through a traffic cone. 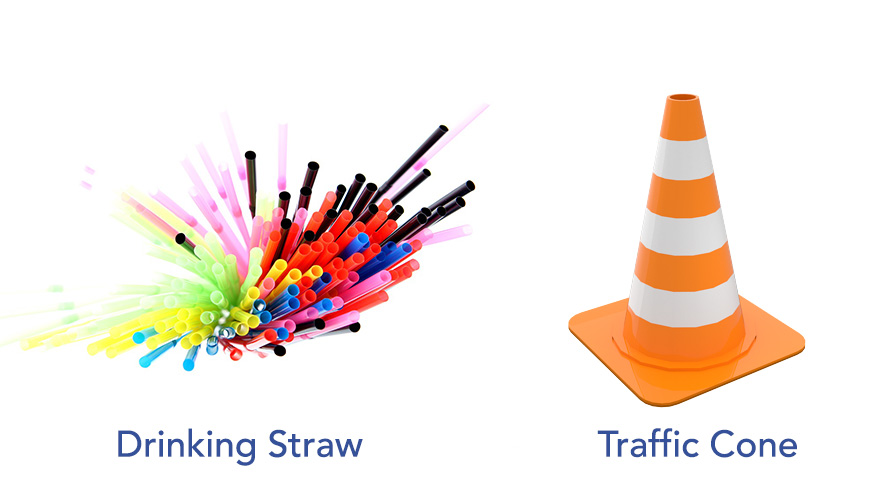 Even though the amount of air coming through is the same, it feels a lot less for the traffic cone, because the air’s velocity is less. That’s because it has a bigger area. It’s also quieter too.

Test data shows that the Blast and Blast Mini can put out 1800m3/hr and 1200m3/hr of clean air respectively. If you’re concerned, we suggest you use an air quality monitor to measure the air pollution in your home.

Other air purifiers may feel like they have a higher airflow because their air outlet is smaller. That means the purifier has to push more air more quickly through the outlet. Just like the straw example above.

Smart Air is a social enterprise based in China, India, Mongolia and the Philippines that creates simple, no-nonsense air purifiers and provides free education to combat the impacts of air pollution. More about who the heck we are.
© Copyright 2020 Smart Air. All content made available under Creative Commons BY-NC-SA-4.0